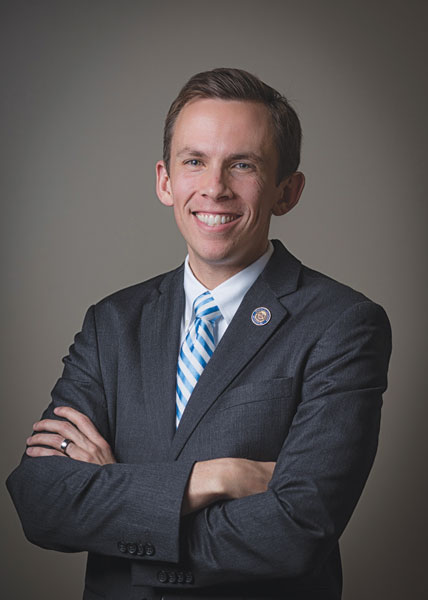 A quality education is one of the most important tools we can give Mississippi’s students, and studies from around the world show that that tool is sharpest when money is spent inside the classroom. That’s where the rubber meets the road, where the teaching is happening and the students are learning. Yet, a recent report my office published concluded that Mississippi puts less money into the K-12 classroom than almost any other state in the South.

This report was the second in a series of reports published by the auditor’s office looking at educational spending in Mississippi. The first report established that, over the last ten years, administrative spending increased at a faster rate than instructional spending. Also, adjusted for inflation, spending on administrator salaries has increased ten percent in Mississippi, while spending on teacher salaries has decreased by three percent.

Some complained to me that Mississippi has to spend money outside the classroom. After all, we need buildings and administrators and central offices in order to function. And our school districts have to meet onerous federal regulations, and those regulations increase administrative costs. This is true, but other states have to spend money on those things as well, and other states have to comply with federal regulations, too.

And that led to our second report, where we compared Mississippi to other states. The second report revealed that outside-the-classroom spending, as a percentage of Mississippi’s total educational budget, is higher than most other southern states. Mississippi’s inside-the-classroom spending is lower than most of those same states. For the purposes of this report, we used the federal government’s definition of the “South,” which includes 17 states from Delaware to Oklahoma. In other words, we looked at a big cross section of states, and Mississippi does not compare favorably.

Specifically, the report noted that when looking at administrative spending for the most recent year of available data (2016), Mississippi ranked second highest in the South. From 2006 to 2016, Mississippi’s inside-the-classroom spending ranked fourth lowest in the South. The report also found that Mississippi’s current rate of spending inside the classroom was slightly higher in 2006 than it was in 2016—meaning that not only are we trailing behind our peers but we are also moving in the wrong direction.

While these findings may appear concerning, there are a few takeaways from this report that can provide the framework for improving Mississippi’s educational priorities moving forward.

First, the report determined that if Mississippi spent as much of its educational budget in the classroom as the southern state that spends the highest percentage of its budget in the classroom, an additional $250 million per year would be available for the classroom. That’s a lot of money. For context, the Mississippi 2019 teacher pay raise will cost $77 million. In other words, we need to learn from other states that are doing better than we are, and if we do so, the payoff could be big for teachers.

Second, the report advised that school districts think of ways that they can cut outside-the-classroom spending and transfer these savings into their classrooms. This advice is already paying dividends. Recently one Mississippi school district under new leadership conducted a review and found nearly $1 million in administrative waste. That money is now available to be put toward classroom needs where it will benefit students the most.

Finally, outside-the-classroom spending can many times result from federal or state regulations that force school districts to hire additional administrative personnel to ensure compliance with those regulations. The report recommended that the Mississippi Department of Education review its regulations and eliminate any that unnecessarily divert funds away from the classroom.

Mississippi spends $4.2 billion dollars per year on public education. Shifting even a small percentage of that money can have an enormous impact. At minimum we need to stop the trend of dedicating more money outside the classroom every single year.

As your State Auditor, I am charged with safekeeping your tax dollars and ensuring that they are spent appropriately, especially when it comes to spending that money on educating our children. My office will continue to do whatever it takes to guarantee your hard-earned tax dollars are spent where they impact the lives of Mississippi students in the biggest way.