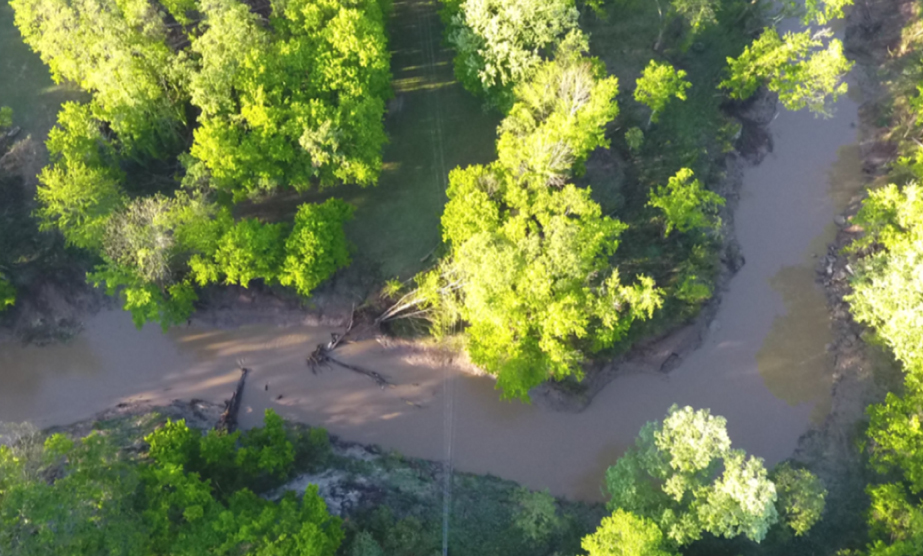 Earlier this year, when strong storms moved through Vicksburg and flooded a substation making it inaccessible from the ground, Entergy Mississippi used drones to look at its equipment and how it was affected by the rising water.

“Ordinarily, we would fly over the area in a helicopter to inspect the two-mile section of line because much of the area was off-road and there were several river crossings,” said Tison Reno, Entergy Services asset manager engineer. “But by using a drone, we were able to complete the inspection in an hour and determine that there was a tree on the line that caused the outage. The aerial photos allowed us to develop a plan to enter the area safely and remove the tree.”

Since then, the utility has used drones to assess storm damage throughout the state. It’s the latest application for the technology, which Entergy Mississippi pioneered in the corporation’s four-state service area late last year when it began using drones for inspection of distribution lines. It is also part of a continuing effort to improve reliability, is much more cost-effective than a helicopter and is one of the ways the company is investing in and modernizing the utility business.

“We’re looking at how fast a drone can inspect distribution lines versus a person on the ground or in a helicopter, and at how accurately drones can detect problems or issues affecting reliability,” said Reno.

“The biggest hurdle for drones is that we’re not allowed to fly them beyond our line of sight,” he added. “However, a new FAA rule granting waivers to fly beyond line-of-sight will hopefully allow us to further expand our use of drones.”

That won’t necessarily mean an end to flying power lines in a helicopter, but it likely will mean fewer such flights as drones can go just about anywhere and can provide a much closer view of equipment than the typical visual inspection can. That could mean fewer foot patrols as well, and fewer bucket trucks on the ground that can damage crops—a common problem in our agricultural state.

While drones have been around for several years, it has taken Entergy awhile to embrace the technology. Not because the company was late to the game; rather, because the Federal Aviation Administration prohibits using drones for commercial purposes without an exemption. It took Entergy contractor Aerial Patrol a year to get that exemption. The FAA drone regulations have since changed, and industry growth is beginning to accelerate.

Now that interest in drones is taking flight throughout Entergy’s service area, they will be increasingly used to inspect transmission and distribution lines, survey storm damage, collect data and for routine inspections, among other things. Drones are a prime example of how new technologies can improve service, lower costs and enhance safety.