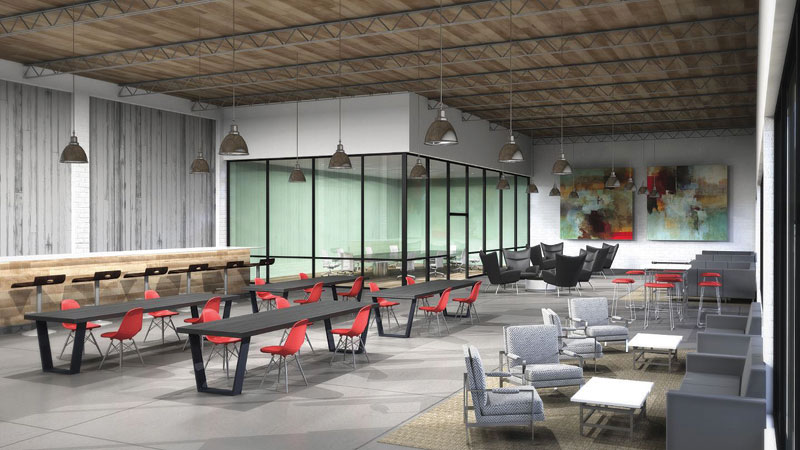 Panola County has a unique geography. The Gateway to the Delta is bisected by Interstate 55, halfway between Oxford and Clarksdale and only an hour to Memphis. That geographic asset makes Panola County a good location to take advantage of the economic opportunities of all three sites while providing an economic unique space for entrepreneurs to develop. 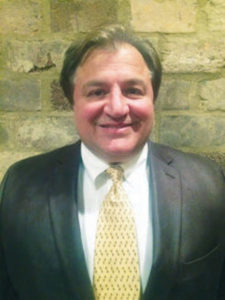 Joe Azar, Executive Director of Panola Partnership, has made it his mission to build that entrepreneurial community.

“When people think ‘Where do I want to take my idea?’ we want them to think of Panola,” says Azar. “Ole Miss, Mississippi State, and other universities develop tech startups, but then they transfer to someplace else to grow. We want technology industry transfers to come our direction and to keep our talent at home. We have way too much manufacturing for us to miss out on growth in the tech industry.”

In economic development companies build in clusters of related industries and Panola Partnership has devoted resources toward helping guide their burgeoning cluster toward a fusion on manufacturing and technology.

To help build this cluster, Azar and his team have developed a competitive entrepreneur development program complete with space for meetings, offices, and manufacturing, as well as an allotment of industrial land to help business move from startup phase, to success story.

Inside the Harmon Industrial Park, the 20,000 square-foot Batesville Enterprise Center already serves as a business incubator, but following the model of other successful development zones, Panola plans to offer an Accelerator space to help companies transition from incubation phase to open market.

With plans to open in Fall 2021, the 40,000 square-foot Workforce Training Center will have four 10,000 square-foot units and will provide space for machinery to build prototypes and begin taking products to market.

“This is a plan to take an idea from shared in a dorm room with friends all the way through the whole process,” Azar says. “We want to develop and entrepreneurial culture here.” One of those “ideas shared in a dorm room” is Jason Kontomitras’ Hydroco. This futuristic company began in his college apartment and is on track to make Panola County the next hub of clean energy.

The energetic founder transplanted from California to Ole Miss where his studies in Chemistry quickly took a backseat to his personal research into Hydrogen fuel. Already a growing industry in his hometown of Los Angeles, Kontomitras saw an opportunity to bring the technology to Mississippi and incorporated his company in May 2018.

“It all started with a plastic table, a printer, and a computer,” he says. “I would get up and start work, then go to class, then go back home and work more.”

During the fall of that year, funding was beginning to roll in for Hydroco, first from an investment by Kontomitras’ family and then in the form of development grants from such organizations as the Department of Energy.

“I was starting to have to choose between writing a fifteen-page grant and writing a five-paragraph essay for school,” he says.

After the Fall 2018 semester, halfway through his sophomore year, Kontomitras left Ole Miss and began focusing on Hydroco full time.

Now partnered with Batesville native Luke Chadwick, the company is lining up sales contracts and will soon break ground on a Hydrogen fuel plant that will provide refueling solutions for hydrogen cell powered material handling and other equipment.

“We’ve grown to have a five-man executive team along with truck drivers on staff,” Kontomitras says.

Their corporate office has been located in the Oxford business incubator but as they move from distribution to production of hydrogen fuel, they are in the process of moving to Batesville to break ground on their production facility in the Batesville Industrial Park. Azar has been instrumental in that move.

“It can be hard to explain Hydrogen fuel to people and get buy-in from zoning and other government officials,” Kontomitras says.

“Joe Azar and Panola Partnership has been instrumental in our growth. They’ve gone above and beyond. When we needed a piece of land, we called up Joe and he handled the city and county governments. Without people like Joe, it would be difficult for people like us to start something like this.”

When completed, the modular Hydrogen production facility will supply surrounding companies with cheap, clean energy for vehicles like forklifts, all the while producing oxygen as their by-product.

“Our plant will have the same oxygen output as 863 mature trees annually,” Kontomitras says.

More factories, warehouses, and distribution centers are deploying hydrogen powered equipment with places like Walmart and Amazon already incorporating the equipment into their centers.

“It’s cheaper in the long run for the companies,” Kontomitras says, “plus it’s increasing air quality in the work place. A hydrogen fuel cell powered forklift is literally cleaning the air as it drives around.”

Kontomitras expects other Batesville industries to be his mainstay clients while he hopes to grow the company and export hydrogen throughout the Southeast. All while offering high paying jobs which will make a long-term impact on Batesville.

“I grew up in California and my family is in Texas,” Kontomitras says. “I could have put my business anywhere, but I wanted to be someplace where the company could make a difference. We can be a home industry and revolutionize North Mississippi. Batesville is really a cornucopia of resources for us.” 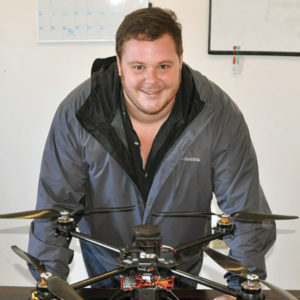 One of those resources is the low cost of doing business, something critical for startups such as WISPr Systems, an unmanned aerial vehicle company founded by Conor Ferguson. These high tech drones are manufactured and programmed at the WISPr site in Batesville before being sold to telecom and other industries to do site surveys and spectrum analysis.

“A little bit of money goes a long way here,” says Ferguson. “When you’re starting a business, the priority is the setup of the business. There’s no better place because there is nowhere as affordable as Batesville. I initially thought I’d be in Starkville, but everything lined up correctly and this was the logical place to go.”

Ferguson founded the company in 2017 with support from the Bulldog Angel Network and private investors. Now employing nine people in Batesville, the company will sell over 300 drones this year.

A Batesville native, Ferguson found all the business resources needed for physical construction and software programming right in his own backyard.

“People don’t realize our manufacturing capability,” he says. “In a small radius, you can get everything you need.”

Of course, resources are not the only thing that attracts people to Batesville. 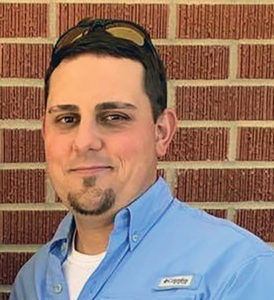 One of those great people downtown is Chris Downs of Pintail Duck Boats. The company designs and builds custom duck boats for clients all across the United States, including Alaska and Canada.

“It started as a hobby in 2012 but has grown into more than a hobby now,” Downs says.

During the day, Downs works for Panola County Emergency Management before settling into his workshop.

“Basically I have two full time jobs,” Downs says. “It’s been like this for three years.”

Operating out of a 30×30 foot work space, Downs does everything from design to cut to bend to polish.

“From a raw sheet of material to a finished product, we do it all,” he says. “I put my hands on every inch of every boat that comes out of my shop.”

In November 2019, Downs took a major step in his side-business. Downs purchased the Clinton, Iowa, based Phowler Boats, the official boat of Duck Dynasty’s Phil Robertson.

Downs is in the process of moving Phowler operations from Iowa to Panola and will need room for growth.

“I’d love to be running a three or four table shop, meaning I’ve got three boats in production at a given time,” he says.

This expansion is exactly the kind of growth that the new Workforce Training Center would be designed to facilitate. 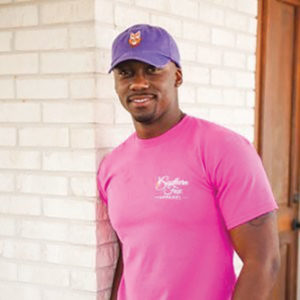 One person already making use of the smaller current facility is Brandon McClellan of Foxtrot Collection Clothing Company.

After spending fourteen years in Oxford, the US Army veteran moved to Batesville with the intent of focusing on building his successful screen printing business and fashion line.

“I’d always had a sense of fashion and loved dealing with textiles,” he says. “My mother worked at a cleaners in Grenada, MS. We’d have to get up at 3:00 am to get there before school. It gave me a leg up that my mom taught me differences in fabric and textures.”

Still fascinated by fabric, McClellan went to the University of Mississippi where he studied psychology. After graduation he worked in mental health in Oxford but continued to feel the entrepreneurial urge.

“I could feel what was burning inside me and wanted to create jobs,” he says.

So far, McClellan has created jobs including employing other veterans. Partnering with an Austin based firm that specializes in bids for large RFPs, McClellan has built a business that serves companies from local schools to national clients including Whole Foods Market and NIHT out of Papua New Guinea.

“Our goal is to go after big business,” he says.

McClellan’s company has seen significant growth, especially considering that the idea only took shape this year. This leg of his journey began after participating in the six-week entrepreneurship training program Operation Hope sponsored by Regions Bank. It was there that he learned about the North Mississippi Enterprise Initiative, and all the support Panola County offers small businesses.

“I was new to the area and the Panola Partnership came in and made me feel out home,” he says. “They put the word out and we were immediately getting called from businesses around the city. They were able to help us shake hands across the community. I wish people knew the guidance and help that is out there, not just to start a business but to be a part of the community.”

McClellan is one of the tenants of the North Mississippi Enterprise Initiative and has set up his operation in their warehouse.

“It’s such a hidden gem, I tell everyone about it,” he says.

McClellan is already looking at ways to give back and build up the community he loves. He has begun working with a grant writer to help fund an after-school program focused on STEM education. He has also purchased farm land and is building a curriculum to teach children how to grow—and, just as important, how to sell—crops.

These four entrepreneurs reflect the diverse industries all developing in Panola County and building off of each other. 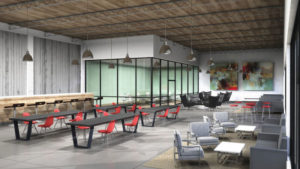 “We want people to be sitting in our community sharing ideas with one another,” Azar says. Our new Northwest Concourse training center will offer a We Space, Me Space and a Markers Space to encourage the transfer and growth of these ideas.”

This diversity has helped the community weather the economic tides and as big companies have moved or closed, many of their employees have been able to find work in related fields.

With the expansion of the Workforce Training Center in 2021 and additional course offerings at Northwest Mississippi Community College, the Panola Partnership continues to grow and offer more industries the opportunity to call Panola their home.