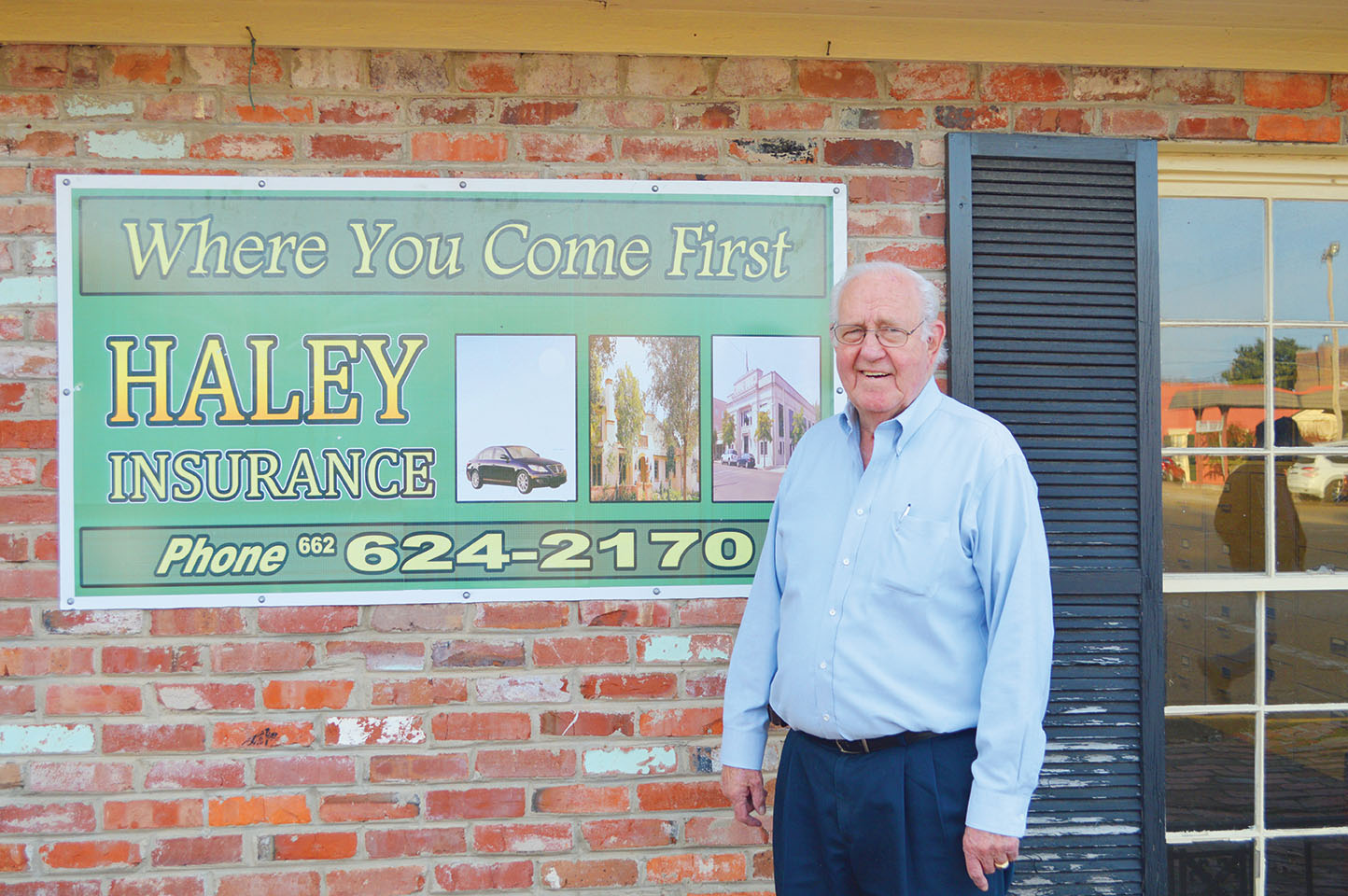 In 1973, Harold Haley set out to open his own insurance agency in downtown Clarksdale. After years of transformation and a decrease in the overall population, Haley has been able to maintain Haley Insurance Agency by focusing on customer relations. “If you have a decrease in population, you’ re going to have a decrease in business,”Haley says. However, Haley keeps a positive outlook when considering business growth since he began in ’ 73. With a smile, he says, “It started out with zero.”In addition to a population decrease, Haley has also maintained his business through technology advances that have allowed customers to handle his or her own insurance claims. “It hurts to an extent,” Haley says. “But these advertisements say they will save you so much money, and with the comparisons we’ ve done, they don’ t.”Haley works with about twelve companies to provide his customers the lowest rates. “When somebody comes to us with a price, we’ re going to compare it and give them the best price we’ ve got,” Haley says. Debra Robertson, insurance agent and office manager for Haley Insurance Agency, has been with the company for 28 years and has no intention of leaving any time soon. “We’ re like one big family in here,” Robertson says. “Everybody knows everything that’ s happening in everybody else’ s life.”Robertson cherishes time spent with her coworkers, but she also values conversations held with customers. “I enjoy the work. I enjoy interacting with the people,” Robertson says. “I like my customers. They all seem to like us; they keep coming back.”In the last 10 years, agents of Haley Insurance have written mostly property and casualty policies. But, Haley Insurance Agency also provides life and health and commercial insurance. In fact, in the ‘ 80s, Haley did very well selling life insurance. Four years in a row, Haley received a Million Dollar Award for selling a million dollars worth of life insurance within one year. Two of the awards Haley received were given by the American State Insurance Company, while the other two were given by the Insurance Company of North America (INA). Although Haley has been greatly rewarded for his achievements, most of his encouragement comes from his family’ s involvement with the business. In 1975, Haley’ s wife, Dorothy “Dottie” Haley, joined him in the office. Within a year, she had received a license in life and health, property and casualty and surplus lines insurance. Dottie says she enjoyed having the opportunity to work alongside her husband. “It was good,” Dottie says. “Every now and then, I might get my feelings hurt or get a littlemad, and I would take my marbles and just go home.”However, Haley’ s wife wouldn’ t be the only one in the family to join the agency.
In 2014, Haley’ s grandson, Caleb Haley, graduated from Delta State University with a bachelor’ s in business administration, and he received his property and casualty license. After graduation, Caleb began working full-time at the agency. “At first, when I was in school, trying to decide what to major in, I decided to go with insurance mainly because ‘ Poppe’ was in it, and it was something I could do,” Caleb says. “He was really happy when he found out what I was majoring in and told me he wanted me to come work for him. And I was happy with that, so I came here.”Although Caleb is unsure of his future with Haley Insurance Agency, he is happy to have followed in his grandfather’ s footsteps. “I like the insurance business, but I try to keep an open mind about any opportunity that comes along,” Caleb says. “Right now, I’ m glad I went into it, and I’ m sticking with it.”At age 76, Haley continues to go to the office every business day. He says there’ s a lot of responsibility to one owning a business, which ultimately determines the business’ s success. “You’ re your own boss, and if you want to work hard enough, you make more money,”Haley says. “It just depends on the hours and effort you want to put in.”