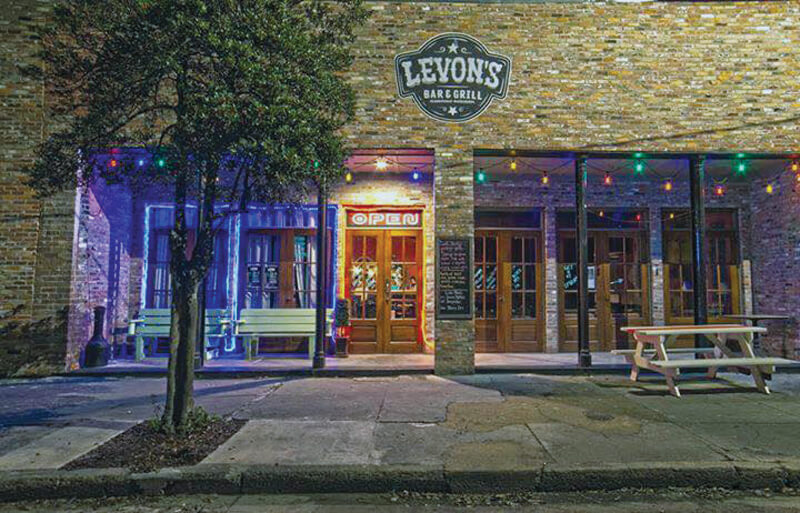 “We believe we have the best food in the Delta,” states Levon’s Bar and Restaurant owner, Naomi King. The Sydney, Australian native minces no word; but she believes her statement is more than just biased hyperbole.

Located in Clarksdale and now just past its fourth year in business, Levon’s Bar and Restaurant offers unusual twists on traditional favorites as well presenting its own unique, signature dishes. King, who came to Clarksdale having had a restaurant background in Australia, credits head chef Carl Jackson, formerly of Madidi’s, with his flair for unusual appetizers and main courses.

“He is a fantastic chef and I really can’t shower him with enough accolades,” King says. “Carl brings something new and fresh to everything he prepares. Just recently we offered Chilled BBQ Shrimp over Summer Succotash, for instance, as well as a really popular new speciality dish Carl created, Shrimp Ceviche. Our menu is what I call ‘innovative’: it’s Southern but with new flairs added.” Levon’s also offers vegan and gluten free dining options to their customers who request such, King adds. “

“The ambience of Levon’s is somewhat New Orleans-esque,” King describes. “We have a stage where we offer live music and a full bar, where I bartend–which I absolutely love to do. We also offer a constantly changing menu that I tend to devise and then Carl prepares. Of course, we’ll put our heads together to try and offer dishes that can’t be found anywhere else because we create them ourselves,” she says. “And we try to offer bigger portions that might be found elsewhere. I’ve noticed that here in America there’s always an expectation to take something home from dinner in a box! And I hear from our guests that they’ll eat their takeout next day and love it just as much–it’s very cool and gratifying to hear,” she says.

COVID has affected Levon’s as it has every other business and Levon’s was forced to do some downsizing.

“It was unavoidable, unfortunately. But we have managed to retain all of our full-time employees,” King says. “Currently, we’re open from Thursday to Saturday and only serving dinner. Obviously, business was adversely affected but I’m confident we’ll pull through all of this at some point. I have no debt here at the restaurant and we are honored and fortunate to have a loyal and supportive cliente so I have confidence in the future. We could certainly do more business, as all restaurants could right now, of course. People are worried about dining out and it’s hard for those of us in this industry to keep enough coming in to pay the bills.”

And why the name “Levon’s”? “The restaurant is named after a harlequin Great Dane called Levon. Our original, short-lived location on Issaquena was decorated black and white like he was. The name came from Levon Helm, drummer for the classic rock group, The Band. I never dreamed I would move to Clarksdale from Australia and end up living down the road from where Helm grew up, in Marvel, Arkansas,” King explains.

In a region filled with many interesting, fabled and delicious places to eat, Levon’s Bar and Restaurant certainly holds its own in keeping up with–and maybe even staying ahead of–Delta dining tradition.