Jen Waller – Finds Vision from the Intersection of Her Heart

There could hardly be more contrast between living and working in Clarksdale and Washington, D.C.  Jen Waller has done both. After graduating from Delta State University (DSU) in 1997 with a degree in elementary education, she taught in Clarksdale for several years before launching a political career in D.C.

“I ran off to Washington D.C. on a wing and a prayer,” says Waller. “Once I got to D.C. in June of 2000, it took me about two months to land a job. I started working for the Southern Governors Association and loved it. I did that for three years.”

She came back to Mississippi to work on the Musgrove for Governor Campaign. When Musgrove lost to Haley Barbour, she went home to Clarksdale for a semester to teach school.

“After that, I went back to D.C. and got a job working for the Democratic National Committee for Terry McAuliffe on the Kerry-Edwards Campaign as a surrogate scheduler,” Waller says. “I mostly handled General Wesley Clark. When that campaign ended, I went to work on Capitol Hill for Arkansas Rep. Marion Berry. I was his scheduler/ executive assistant and worked for him about two years. I loved him!”

Then she got a job as scheduler with Sen. Mary Landrieu of Louisiana.

“I liked the Senate and I liked Mary, but she was hard to work for and it was different, so I decided to go back to the House side,” Waller says. “I got a job with Rep. Rahm Emanuel of Illinois. He was in the leadership at the time and was the chairman of the Democratic Caucus. Working for Rahm was my favorite experience in D.C.  I just loved Rahm.  I was his scheduler/executive assistant, which really means I was his gate keeper.”

In December 2009, Rahm got the call from President-elect Barack Obama to serve as his Chief of Staff. It was a tough time for Jen because she wanted to stay with Rahm, but could not go with him to the White House in her same position because of her health.

“So, I chose to go to the U.S. Department of Education (DoED),” says Waller. “I became a political appointee for Sec. Arne Duncan serving as the Deputy White House Liaison. It was cool and I met lots and lots of people. I also expanded my skill set tremendously, so I know it was worth it.”

In October 2010 she moved back home to take a job as director of the Coahoma County Higher Education Center (CCHEC) headquartered at the Cutrer Mansion in Clarksdale.

“When Jen Waller moved back home after her time in Washington, D.C., I urged her to run for mayor,” says former Clarksdale Mayor Bill Luckett. “That explains how much I think of her.  She is energetic, thoughtful, creative and a get it done person. Thanks for coming home, Jen!”

Jen fell in love with the Cutrer as a child going to the Catholic Fairs. And as a young adult, she wrote articles about its vulnerable and endangered status in the late 90s when the Catholic Church decided to sell it.

“Now at middle-age, I am obviously still in love with its history, its purpose and its potential,” Waller says. “I just love the Cutrer and all it represents to me, to our community, to our region, to our country and to our world.”

She feels everything she ever did and every person she ever met were placed there to help her prepare for her position at the Cutrer.

“It’s pretty amazing when I step back and look at the progress and think about all of the connections I have made,” says Waller. “The Cutrer is an amazing place. It has a distinct history and it offers me a unique job. It gives me an opportunity to do everything I have ever been interested in doing and it allows me to explore and highlight everything I have ever held valuable. In truth, the Cutrer is like the intersection of my heart. Every person, every experience, every interest I have ever had seems to point to this place. It is holy ground for me, and I have really poured my heart and my soul into it for the last nine years.”

Ever since the Cutrer was released by the Catholic Church in 1999/2000, it has been slightly lost and untethered, a sort of a fallen angel in the form of a building.

“My absolute highest priority is to find it, uncover it, revive it, renew it, and to secure it, to give it new life and to give it more abundantly,” says Waller. “When I took the job, Daddy asked me,’What are you going to do there? Do you have a road map?’ And I usually said,’not really’, but he kept pushing me to find and establish a purpose, to solve the problem, and to complete the task.”

The current mission of the CCHEC is to expand educational and cultural opportunities for area residents by offering classes and events that will encourage personal development and promote a higher quality of life. The center is anchored by the historic Cutrer Mansion which is available for all kinds of events such as weddings, parties, receptions, retreats, conferences and other unique gatherings. The CCHEC is owned and managed by Coahoma Community College with past support from the Coahoma County Board of Supervisors and lots of private donors.

Previously DSU was also a partner. But DSU dropped out in 2017 because of severe budget cuts. Keeping the center running has been challenging; there has never been enough money, enough resources, enough commitment, enough vision or enough direction to truly make it work. But she firmly believes that things are about to change. “I have a renewed hope, even though 90 percent of that hope is based on faith rather than certainty,” Jen said.

November 2019 was a very tough month for her as both her father, Bob Waller, and her uncle, William Willard, passed away.

“They each taught me different things and they were both always there for me when I needed them,” Waller says. “I will miss their presence in my life terribly. Uncle Bill mostly taught me to reach higher, to do the best I can, to value family, to serve country, to be a person of integrity and honor, and to love the Lord my God faithfully.  My Daddy taught to me to enjoy and appreciate nature, to enjoy life and to relish in my time off. He also taught me the value of friends, the benefits of socializing, dancing and games, and the joy of sitting, thinking and problem solving.”

Over the years, there have been a lot of women who have impacted her life, as well. The top four are her grandmother, Ernestine Willard; her mother, Margaret Willard Hall; and two aunts, Betty Stone Willard and Glenda Willard Cirilli.

“Each impacted me in a different way, but all worked hard at what they did and loved me unconditionally,” says Waller. “I can honestly say that each woman poured a lot of themselves into me along the way and I am grateful.”

Other women mentors who stand out include:

*Marion Warfield Harlow, the mother of two of her best friends in high school (Rivers Harlow Humber and Boyce Harlow Robbins). Marion introduced her to the social aspect of the Mississippi Delta and expanded her vision and connections.

*Panny Flautt Mayfield, who worked with Jen at the Clarksdale Press Register in the 90s and who still works with her on the MS Delta Tennessee Williams Festival (MDTWF) each year.

“Panny has had an amazing career, and I have often thought of following in her footsteps,” says Waller. “But it is too exhausting. Panny is a journalist, a photographer and an ambassador for Clarksdale. She is an organizer and promoter of the Sunflower River Blues Festival and the MDTWF. Panny showed me how to look at the Delta from an internal viewpoint but then to pull it out so you can start to see it, feel it, and love it through the eyes of others too.”

Panny says Jen has a distinctive, energetic, and multi-faceted background as an educator with diplomatic expertise honed in Washington D.C.

“When cancer interrupted her career path, she returned home, aggressively continuing her battle as a survivor, and diverting her remarkable energy into providing physical fitness programs for adults and students, a free lecture series for authors including Caroline Kennedy and poet Nikki Giovanni to Natchez writer Greg Iles and has converted the Cutrer Mansion into a conference anchor for the annual Mississippi Delta Tennessee Williams Festival now approaching its 28th year,” says Mayfied. “Jen spearheaded the unveiling of the Mississippi Writers Trail Marker honoring Tennessee Williams in October of 2019, and is tireless in promoting the heritage of our Mississippi Delta as a treasure of cultural enrichment.” 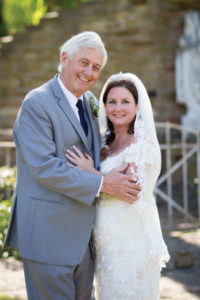 Jen got married for the first time at age of forty-eight to Paul Pearson, who is currently president of the Coahoma County Board of Supervisors.

“His wife of twenty-eight years died of cancer several years ago and fate (or God actually) seemed to bring us together,”Waller says. “We are different, but we are perfect. We are a great balance in a partnership that I think will last ‘until death do us part’.”

Born in Cleveland, Jen moved to Clarksdale when she was in the second grade and her parents divorced. Coming from a single-parent home, she spent a lot of time helping her mother raise Jen’s little brother, Hayden Glenn Hall, who is ten years younger and an accomplished artist in the Delta.

Given the recent deaths in her family, Jen believes it’s time to make more time for life and leisure.

“I have spent a lot of my time working over the years, but the older I get, the more I realize that balance is the key to life,” Waller says.  “So, with the New Year and new decade upon us, I hope to play more tennis, take more walks, and spend more time with family. I hope to do more reading, writing and resting. I hope to spend more time in nature and maybe canoe, travel and explore. I love history. I love politics. I love spending time with friends, but also being alone. And the good thing is that I can probably connect just about all of those dots to the Cutrer Mansion. It’s a great place to work, think, reflect and grow.  It’s a great place to keep moving forward.”