Leland sees itself as a good investment, thanks to its growing economy, strong businesses and involved community members. “Like a lot of Delta communities, we jump in the new year and make things happen,” says resident Stephanie Patton.

Some of Leland’s biggest news involves businesses. The city is welcoming two new drug stores in the wake of losing its pharmacy. A&A Pharmacy opened in December and Leland Drug Co. opens soon, says Patton, who attributes this activity to Mayor Kenny Thomas. “The mayor should get a lot of credit for addressing the situation very quickly and helping to bring in the new pharmacies,” Patton said.

Leland is an attractive business location. Mitchell Delta Distributing established a presence here in 2002. “We

knew part of the agreement to purchase was to build a new warehouse,” says Director of Administration Lisa Cowart. “We need highway frontage for deliveries and we wanted to be in the center of our territory. The location at the crossroads of 61 and 82 was ideal. We work seven counties out of the Leland warehouse.”

“Mitchell Distributing continues to grow,” says Cowart. The company purchased Greenwood’s Delta Distributing in 2014 and an Anheuser-Busch distributor in Gulfport in 2016. The company’s president is focused on expansion and growth.

Mitchell Delta Distributing plays a supporting role in Leland events from sponsoring Frogfest to World Environment Day’s cleanup of Deer Creek to representation on the chamber board.

TecInfo Communications has been part of the Leland community since 1994, said Director of Operations Ben Mize, with a mission to bring the internet to residents. “The reason we started doing that is because there was an Internet vacuum in the Mississippi Delta,” he explained. “No one was stepping up to the plate, bringing the access ramp for the Internet to the residents.”

After providing dial-up then DSL, TecInfo introduced its fixed-wireless network in 2011 and today Mize estimates there are 400 customers using the service. “Our primary focus is taking care of the residents of Leland without limiting their options,” he said.

TecInfo also offers a fiber-to-home initiative that it plans to expand to other communities. “The technology allows us to bring speeds to your home that you can’t get with anyone else,” Mize says.

The Thompson House Bed & Breakfast and Event Center has found a niche with business travelers. Patton, one of the owners, attributes this to Leland’s proximity to the USDA and Delta Research and Extension Center in Stoneville.

The B&B is coming off its best year, as both occupancy and rentals increased, said Patton. A recent adjustment to event rental pricing allows for shorter rentals for smaller events. “I think it just became a good value for people,” says Patton. “We want people to have access to the facility without cost being a hinderance.” 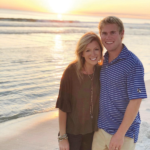 Mary Clair Cumbaa of Cumbaa Design Company credits Leland with launching her career. In 2019, she plans to partner with Tinnin Imports in Jackson to bring home and rug shows to the Delta. “People in the Delta, more so than other areas, recognize quality in a good product,” she says. “They realize the value in that and they value their home and what they put inside it.”

Cumbaa’s business ranges from assisting with new construction by working alongside owners and contractors to pick out flooring, paint and plumbing fixtures, to furniture layouts and window treatments. She relies on Leland seamstress Charlotte Nichols. “She’s the most talented seamstress in the state, as far as I’m concerned,” Cumbaa says.

She describes Delta homes as largely classic and traditional in their look. “I think that’s something I bring to the table that’s unique: a fresh eye on a traditional look,” Cumbaa says.

for thirty-six years and I thought it would be fun,” she says.

“We’re so lucky that she retired at the right moment when we needed a chamber director,” says Patton.

Brocato hopes to increase the chamber’s membership. “I want to make sure all those people who previously were members are back, and speak with new businesses,” she says.

The chamber’s annual banquet will be  on February 28 at the Capps Entrepreneurial Center in Stoneville. Leland is also home to three festivals, the next being the 28th Crawfish Blues and Brews Fest, a partnership with the Greenville Arts Council, which will be held on May 4.

Brocato applauds the chamber’s board, including current president Rhonda Looney. “Everybody’s just been very supportive and willing to help,” she says. In particular, she cited city workers who installed new lights for Christmas on Deer Creek. “We could not have done it without them,” she says.

Vito’s Marketplace opened last April and Amy Virden offers reasonable prices and daily specials. “I try to make it so people will come in more than once a week,” she explained. “We provide good food and good service and I know that those two things are key to any restaurant’s success.”

“The people in this community could not be nicer,” says Virden, who was born and raised in Leland. “They’ve all been so supportive of the restaurant.”

Vito’s Marketplace offers an outdoor patio with a bar, fireplace and seating. “Noone else has that around here,” says Virden. Manager Jennifer Garcia said the patio will have live music when it opens in March.

The home furnishing store Lina’s originally opened in Greenville in 1953, but owner Patty Gibbs wanted to downsize and bring the business closer to home. “We like the small-town feel of Leland and the charm of being in a

historic building and being near other businesses in a small, close proximity,” says Betty Lewis, Gibbs’ daughter.

Lina’s hosted a grand re-opening this past November. “We wanted to make a point to be open by the holidays,” says Lewis. The chamber hosted a ribbon cutting and Mayor Thomas has been by several times. “All the residents we’ve had through have been very welcoming,” says Lewis.

The store focuses on gifts and English antiques, though it maintains its wholesale trim and tassel business. “We feel proud that we give our customers a wide selection for every budget,” says Lewis. “We’ve seen a lot of people here in Leland that we have never seen in Greenville in fifty years.”

Other businesses lay claim to a long history in Leland. Last year marked a century of service for Home Insurance Agency. Established by a pair of brothers, partner Rob O’Reilly’s father purchased the agency in the 1980s, and O’Reilly and partner Nolan Andrews joined about ten years ago. Andrews said the agency absorbed his father’s insurance business as well. “And we plan to make it another 100 years,” he says.

The firm covers home, auto, farm and business insurance. “One of the keys is treating people the same way you would like to be treated,” says O’Reilly. “If there is a loss, we can give them back what they’ve worked so hard for.”

Home Insurance Agency works to find the best price for coverage for clients, which usually results in referrals. “Word of mouth is our best advertising,” said Andrews. Technology helped streamline the industry, allowing Andrews and O’Reilly the same opportunities as agents across the country.

Economic activity translates into jobs. TecInfo hires Delta residents, training them in TecInfo’s technology, providing a computer engineering and networking education without college tuition, said Mize. “Talent is more than just credentials,” he says. “We look for potential. We would rather invest in our people.”

And when the Delta Health Alliance needed a special assistant to CEO Dr. Karen Matthews, it found one in Leland. “The opportunity was out of the blue, but it hits on all my hot buttons to help the community,” Patton says. She’ll take the agency’s programs and collaborate with Delta partners doing similar activities.

Patton is maintaining ownership of the Leland Progress newspaper, and she’s found a local couple to take on the day-to-day operations.

And there’s tourism. Mississippi Wildlife Heritage Museum President Billy Johnson said visitors can now view an 1897 dugout canoe, as well as additions to the turkey call makers exhibit. The museum is working with designers on an expansion plan and this summer adds a new class to its Outdoor Hall of Fame.

The museum draws those connected to the outdoors, Johnson said. Children are especially attracted to the bear and alligator displays. Over Christmas, the museum hosted a book signing for Hank Burdine in the popular museum gift shop.

Johnson is also curator of the Highway 61 Blues Museum, which focuses on the mid-Mississippi Delta’s contribution to the Blues. Exhibits on Jimmy Reed and Johnny and Edgar Winters, who have Leland connections, are popular. The museum also tells the story of old Highway 10, which was replaced in the 1930s by Highway 82.

For a small town, Leland is a buzz with both new and old businesses continuing to thrive. The residents of this Delta jewel know that their community has a lot to offer and they are intent on keeping the commerce flowing for years to come.