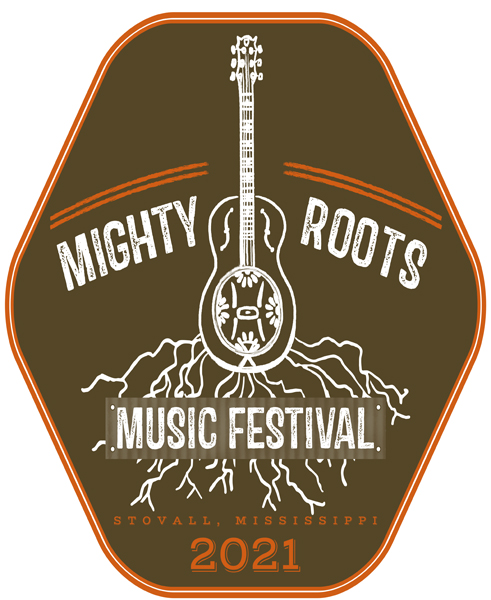 The Mighty Roots Music Festival—coming to Stovall, Mississippi in October, 2021 and staged on the historic Stovall Farms where Muddy Waters grew up—is a true labor of love for the people behind it. And it will no doubt serve as a great economic and cultural boon to the Delta.

The festival will be a “reboot” of the Mighty Mississippi MusicFestival that had previously been held in Greenville from 2013-2018. Mighty Roots Music Festival is the brainchild of longtime Delta promoter and blues ambassador, Howard Stovall, currently the president of Resource Entertainment (as well as the former Executive Director of The Blues Foundation) along with award-winning hit singer/songwriter/producer and Music & Culture Ambassador Of Mississippi, Steve Azar.

“There’s a great deal of history on the site where the festival will be held,” says Stovall. “So, it’s only fitting that we stage the event in an area where there is such a legacy of agricultural and conservation.” In fact, the farm is a stop on the Mississippi Blues Trail.

Stovall, who currently divides his time between Clarksdale and Memphis, knows that people are desperate, during these times of COVID, to return to live music and events, including festivals such as Mighty Roots. And he expects attendance to be strong for the show (taking place October 1-2) since the site of the festival is within a 90-minute drive of Memphis.

“We originally wanted to hold the inaugural festival last year,” says Stovall. “But, by May, we realized that would not be feasible. That’s when we shifted the focus to 2021 and all of our performers, who had been booked, were very understanding and accommodating of the schedule change.”

The line-up for Mighty Roots includes the following acts: Deer Tick, Keller Williams, Mystic Bowie’s Talking Dreads (Bowie being the former lead singer of the popular early 80s group, The Tom Tom Club), Radney Foster, the Minks, Red on Yellow, National Park Radio, Jarekus Singleton, Mohead, Rollin Rosatti, Tyler Tysdale, The Stone Gas Band  and Anthony “Big A” Sherrod. Information on all of the performers, as well as ticket and VIP packages, lodging and other info, can be found on the festival’s website, mightyrootsfestival.com

“Our site will make use of the old, historic Stovall Gin Company buildings and the Stovall Store and we’re expecting about 2500 people to attend. That is where we intend to cap it,” says Stovall. “After the main stage closes, we’ll be opening up the Stovall Store as the Visit Clarksdale Juke Joint Stage from Midnight to 2 a.m.”

Stovall emphasizes that Mighty Roots is not a blues festival. “We have many great blues festivals that are put on in the Delta,” he says. “But what we’re putting on highlights what we call ‘roots’ music: it encompasses reggae, bluegrass, country, Americana, as well as traditional blues. We’re also focusing on the roots of the area itself, its economy and agriculture. To that end, we’re partnering in conjunction with Delta Council and will be hosting a meeting of their Future Delta group at the festival, made up of 150 young farmers and agribusiness executives from across Delta Council’s 18-county service area,” says Stovall. “That meeting will be helding on Friday, October 1, just before the start of the main stage music performance. All of the Future Delta attendees will be given complimentary VIP access to the festival and will be a great gathering session for our future and current ag leaders.”

Stovall’s relationship with Azar goes back many years, but their professional work together started with the former Mighty Mississippi Music Festival in Greenville.

“We had been part of the team putting that festival together and brought major talent into the area to play,” says Stovall. “But when the group behind it decided to shut it down in 2018, I talked to Steve about a re-booting in a different location, one closer to a major market that would increase attendance and visibility. That’s when we decided to move north and closer to Memphis. We looked at several locations in the North Delta but, ultimately, decided on Stovall. One day on a drive I just took a look at it and it hit me like a bolt out of the blue. Steve visited to take a look and that’s when the decision was made to host Mighty Roots here. It took a lot of work, including bringing electrical power to an area where it had been absent for forty years and working on the structures themselves, but—we did it. And, I can’t tell you how excited we are. It’s truly going to be a one-of-a-kind festival for the ages.”

“I met Howard over a decade ago,” says Azar. “I’ve always admired the way he handled the production and promotion side of the music business, an aspect that I sometimes didn’t see up close as a performer. That’s why I brought him in to work with us at the Greenville festival. What Howard will now bring, and has brought, to  the Mighty Roots Music Festival is a wealth of experience, know-how and love of the job and of the music. We put a lot of thought and work into Mighty Roots and to make it an honest celebration and one that will be memorable and beneficial to the Delta. While they’re at the festival, we hope the festival goers will enjoy our museums and culture, and help our economy out in the process.”

“We’ve built a good sponsorship base, but are in the process of securing a few more interested parties,” notes Stovall about the business end of the festival. “Since we are viewing it as an ‘ag-based’ event we’ve gotten great response from our agricultural partners, a field in which COVID, thankfully, did not do as much damage economically.”

The excitement for Mighty Roots Music Festival is building and promises to be one of the South’s major entertainment events this fall. “People are ready,” says Stovall. “And so are we!”