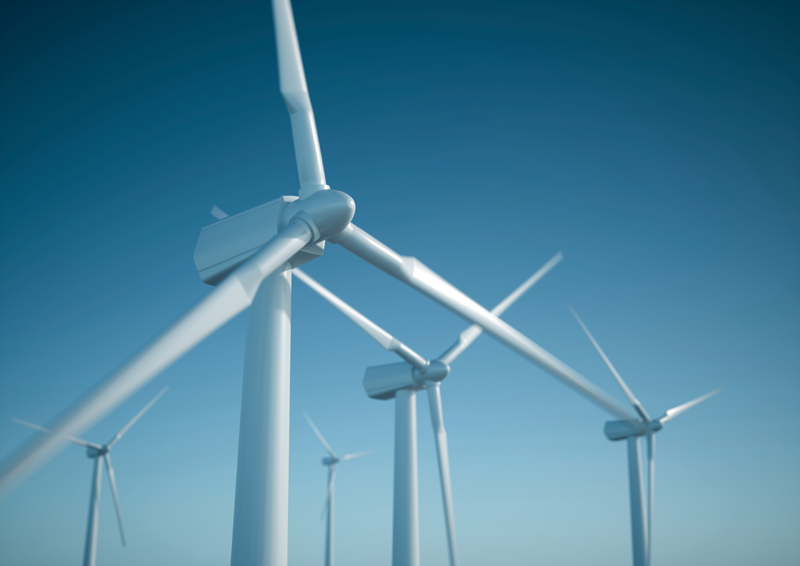 For many years, Mississippi was considered to lack enough consistent and strong winds to generate electricity from wind turbines. But now, not only has wind turbine technology improved, but so has the understanding of where to catch the best wind. Currently a private company has built the country’s second highest weather tower in Tunica County in order to collect data to be used to establish a proposed $250-million wind farm.

“We are excited to see this development happening in Tunica County,” says Tunica County Administrator Dr. Billy J. Willis. “It will create more jobs and more economic development for the county as a whole.”

Tunica Chamber of Commerce and Economic Development Foundation President\CEO Charles Finkley said they have been working on the project for several years.

“Right now, we are not at liberty to discuss the company’s name and other details, but the project is committed,” says Finkley. “When we make the public announcement, we can disclose all of the details. Currently, negotiations are still taking place.”

The official project announcement is expected in a couple of months.

“It is very exciting that this company plans to commit to the Mississippi Delta,” says Finkley. “We hope this project will be the first of many more similar projects in our state. Traditionally, the economy of Delta counties centered around agriculture, so we concentrate on attracting different types of industries to help sustain and diversify our economy.”

Part of the advanced technology is taller turbines. Finkley said the data shows the wind is more sustainable higher up.

“I think this project will also show other communities across the state that Mississippi has a lot of untapped potential, and wind could be a viable source of revenue that would help diversify their economies, as well,” says Finkley.

Diversification became even more important during the pandemic. Tunica was the third largest gaming market in America at one point. This past year when the coronavirus hit, USA Today recognized Tunica County as the third most likely economy to be susceptible to a Covid-19 recession.

In addition to wind production, Tunica is home to manufacturing including one of the largest producers of extruder pipe in the world. Agriculture continues to be very important. And the county has been working to augment gaming with ecotourism ventures such as the Tunica River Park, the wildlife refuge and eco trails. Finkley said the wind farm will also be an attraction for visitors interested in the environment.

“Right now, we are exploring how to kick start every sector of our economy as far as our overall economic health in Tunica County and the surrounding area,” says Finkley. “The wind farm will only add to things for our visitors to experience.”

Recently when the polar vortex sent temperatures plummeting in a large swath of the country, Texas power generation and transmission systems were inadequately protected from severe weather and electricity outages caused widespread misery. While wind turbines were responsible for only a small portion of the outages, it raised concerns about the weatherization of the Tunica Wind Farm.

“I encourage readers to explore previously-built wind farms in Idaho, Illinois and Colorado, areas that have consistently cold weather conditions every year,” says Finkley. “This company has experience in cold weather climates. We are confident the proper measures and weatherization measures will be incorporated into the design and operation of the turbines.”

Public Service Commissioner Brandon Presley said the company will be asked about its weatherization efforts, but the project would only sell power instead of directly to customers.

Presley said the project will be huge with 100 turbines sprawling over 13,000 acres. The facility is expected to have a maximum capacity of 200 megawatts, which would be enough to power about 7,000 homes.

The legislature has approved a bill which would allow the Tunica County Board of Supervisors to reduce the ad valorem tax assessment on property for the projects from fifteen percent to eight percent. Legislators said the tax break was necessary in order to compete with surrounding states.

Presley says it isn’t a choice between alternative energy and conventional energy. All have their place.

“With energy, it should be all-hands-on-deck,” says Presley, who has been assigned to rule on the Tunica Wind Power application. “We should be opening doors to new technology and renewable energy, but we must keep an eye on reliability and ask the appropriate questions. I think it is a false choice that is perpetuated that we can’t walk and chew gum at same time. We can have a smart policy on renewable energy at the same time maximizing reliability. We can still have power from natural gas while opening doors to wind and solar. My philosophy as a regulator on this is that we have to be a door opener and not a gate keeper. We need to look at ways to increase generation, and the power has to be there when we need it while we protect the environment.”