Mississippi recently adopted legislation that would allow electric cooperatives in the state, which have an estimated 1.8 million customers, to provide broadband internet services. The question now is how many co-ops will be willing or able to provide services to bring rural areas out of what has been called “the Digital Dark.” 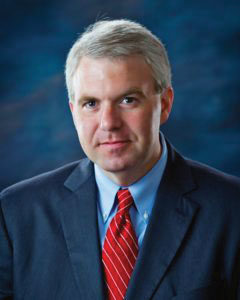 “It the 1930s, it was the electrical divide,” says Brandon Presley, Northern District, Mississippi Public Service Commissioner. “In 2019, it is the digital divide.”

There are questions about the economics of providing broadband internet in areas where customers are spread far apart. But failing to provide broadband is not an option, Presley says.

“There is an issue about distance, but how is that different than electricity?” Presley asks. “Just as with rural farms, we got them power. What we are fighting now is laziness in some places. You have some electric cooperative leadership who simply are comfortable doing things the way they have always done it and are ignoring that their areas are economically flat lined.”

“It is one of the most critical issues facing rural Mississippi and the Delta,” Presley says. “You aren’t going lift up the Delta if you leave it in the Digital Dark. Farmers are suffering. They need broadband for precision crop management. I get so frustrated with boards and managers who don’t want to take on providing broadband, allowing the areas they serve to be disconnected from the world. If I were a board member of as rural electric cooperative, and refused to see the future, I would resign. It is unacceptable. Managers who don’t want to provide internet should retire and go home.”

This is a model that has been proven across the country. There are an estimated 107 rural electric cooperatives providing broadband. The closest example is in Hamilton, Ala., where they are delivering high-speed internet services to homes for $49.95 per month.

“They don’t have it to every house yet, but are working on it,” Presley says. “They are the national model. It is working there. We know it could work here. Now it comes down to the actual will of the members of the co-op to do it. Lack of that interest in finding a way to solve this problem is going to be detrimental to the economic livelihood of the area.”

Presley urged members of co-ops to contact their boards and managers to urge them to provide broadband.

The co-ops are interested in being part of the solution, said Michael Callahan, executive vice president/CEO, Electric 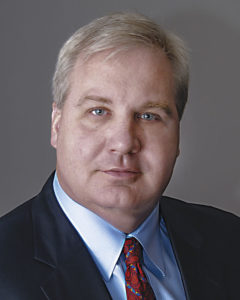 “We believe broadband is important for the future of Mississippi, and the future of electric cooperatives is tied to Mississippi’s,” Callahan says. “That’s why we have been working for eighteen months to see if we can help with this problem. To some degree, I think we can. While I’m not sure we are the total solution, at least we are working on the problem.”

However, he said offering this service in rural areas may be met with significant financial and density barriers, and each local electric cooperative will have to look very closely at its own demographics and density to decide whether it makes sense to move forward with broadband.

“Most members would like to see broadband in their cooperative’s service territory,” Callahan says. “However, we are finding a few members are concerned about cost. From our perspective, we know our service territories need high speed internet to attract new members and help grow the economies in our local communities. As we go forward, broadband will be vital to quality-of-life issues, such as education, economic development and medical service.”

Investor-owned companies estimate they need twelve to fifteen subscribers per mile of line to have the economic incentive to deploy broadband.  The twenty-five co-ops across Mississippi average only 8.8 meters per mile. Callahan said that means even if every member subscribed to broadband, they would still lose money.

“However, that number is an average and some of our co-ops average twelve to fourteen and have parts of their service territory that have higher density rates,” Callahan says. “It has become clear over the past eighteen months that not all electric co-ops can provide broadband; the numbers just don’t work. However, I have said consistently that four to six might be able to provide broadband–and for those cooperatives, it will be very positive for the membership.”

With the Delta’s low population density, Callahan says the numbers are not looking good for a fiber-to-the-home deployment, at least not system wide.

“So, that tends to lead you to some cheaper technologies, like fixed wireless,” he says. “It is not as good, but it is something and it costs less. Then the debate begins, ‘Is it fair for some members to get fiber and others to get fixed wireless?’  There are some tough questions that the cooperative boards are going to have to deal with, and I don’t envy them.”

The need for faster broadband is expected to only increase in the future. Callahan said an acceptable speed today will seem like a snail’s pace in five years. And the economic impacts are huge. A Microsoft study released last December stated that for every four megabits per second you increase your overall state speed, the state’s average household income jumps $2,100.

“That same study pointed out how Mississippi could save $180 million a year on Medicaid expense through the use of telemedicine,” Callahan says.

The Delta’s loss of population has been a major concern. Callahan doesn’t believe the next generation will live where there is not broadband.

“That means loss of population, tax dollars and declining real estate prices for Mississippi’s rural counties,” he said. “That could have a devastating effect on Mississippi as a whole.”