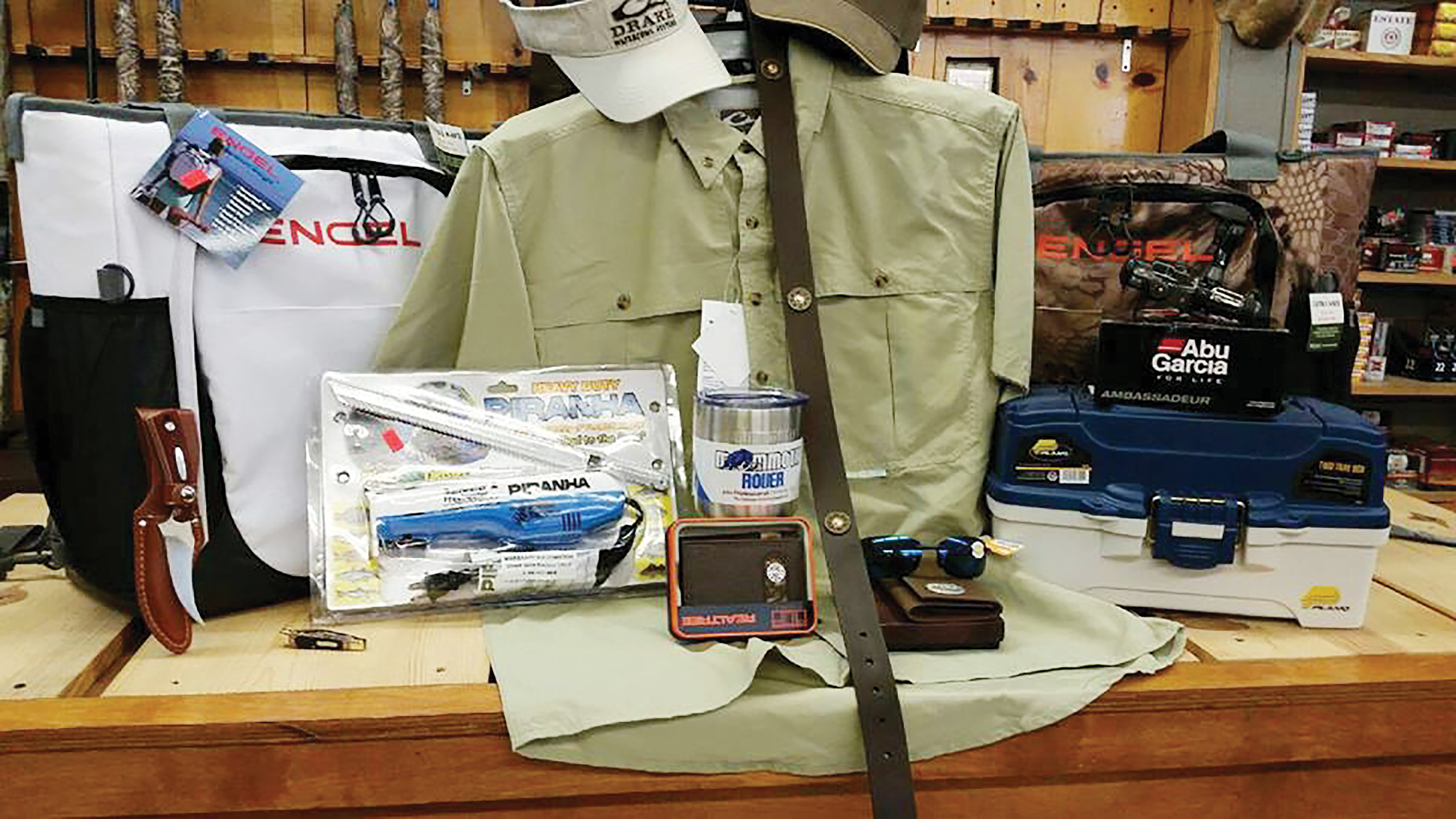 Slater’s Jigs, same service, but with a new name

For decades, folks around the Delta knew where to buy a jig that would catch fish. You headed to Slater’s Jigs in Indianola or you went online and ordered the latest guaranteed fish catcher. Fishermen and hunters alike crowded the store for top-notch outdoor equipment but after a two generation run, owner Jimmy Slater handed the keys over to Humphreys County residents Tammy and Mark Holloway. The married couple signed all the paperwork and renamed the business Southern Delta Outfitters back in the late spring and have been working to maintain and increase the reach of Slater’s Jigs and other hunting equipment.

“We bought the sporting goods part of it and we still retail their jigs. We’ve stocked it up heavy with every brand of guns and waders and all the deer stuff you can imagine,” says Mark Holloway. “It’s called Southern Delta Outfitters now.”

Holloway continues his roofing business while his wife Tammy will shoulder most of the day-to-day chores at the retailer.

“I was in the turtle pond business but that went out and he heard that Jimmy was selling his store,” says Tammy. “We bought it about six or seven months ago—end of March, beginning of April.”

Slater will still be creating jigs in their manufacturing facility next to their home in Indianola and filling the store with their fishing wares. But there will be plenty of hunting supplies for each and every hunting season, according to Tammy Holloway.

“Anything with hunting and fishing. We have an archery room with a bow shooting room for hunters to sight their bows in,” she says. “We’ve got guns—handguns and long guns (rifles and shotguns), ammunition and all the hunting clothes. We’ve got feeders and planters along with climbing stands and box stands. We’ve got hunting boots and casual clothes as well.”

Fishermen will still feel at home with plenty of fishing equipment to check out.

“We’ve got jigs for crappie and for bass fishing,” she says.

“That has been a hot item,” she says.

The store will still have the Slater touch as Jimmy’s son, Allen, has agreed to stay on as the archery expert for the Holloways.

“My husband and I didn’t know anything about bows. He was the bow expert previously and did all the bow work.”

The store has been an education every day for the Holloways.

“We had a hunting store before here in Belzoni but I didn’t do the bookwork. We had a restaurant there and I ran that,” she says.

The Holloways will be “cooking up” plenty of plans for the store but are working to get the basics down before they add to their plate.

“We are getting old and new customers,” she says. “The best part has been meeting the people. They are really friendly and helpful there in Indianola. I enjoy the selling part of it all.”

And the old owner, Jimmy Slater, shows up occasionally.

“He’s been busy with his jigs but he makes appearances to see how things are going or if we need any help,” she says.

Southern Delta Outfitters has a Facebook page with plenty of photos and information about the store. The store is open Monday through Friday from 8:30 a.m. to 5:00 p.m. and Saturdays from 8:30 a.m. to noon—“sometimes later, just depends on how busy we are.”

“Of course when hunting season begins we’ll be open later,” she says.

And maybe serving up some great deals and possibly food down the road.