In November 2018, Clarksdale got a new restaurant, market, and butcher shop all rolled into one great new business, Hooker Grocer + Eatery located on John Lee Hooker Lane. Operations manager and head chef Johnny Cass is an award winning Australian chef who has been living in Clarksdale for three years. Cass says as the new kid on the block, so to speak, the business has been a welcomed addition to the Clarksdale food and shopping scene.

“We serve plate lunches, fresh meat, seafood and we have a small grocery section with ready-to-eat foods and fresh produce,” Cass says. “Our spotlight is on our prime meats and our fresh seafood. We also have a great burger and sandwich menu and we do daily specials. We have been focusing on lunch, but in February we start serving dinner as well.”

Operating from an old Commissary with a family-friendly, casual dining atmosphere, Hooker Grocer + Eatery has a menu of dishes that are local faves as well as serving some southern classics that have a bit of a twist. Previously at Levon’s in Clarksdale, Cass enjoys putting together a list of foods that tantalize and tease his customer’s palates. Along with Cass, the other part of the dynamic kitchen duo is Chef Jay Brennan. Brennan was head chef at Cleveland Country Club for the last eight years and before that learned his craft in New York. So, he’s as comfortable cooking street food  as he is fine dining.

“I’ve been in the restaurant industry since I was eighteen, so over thirty years,” Cass adds. “And this is my fifth time involved with a new restaurant opening. I’ve been in Clarksdale for three years now and I love it.” 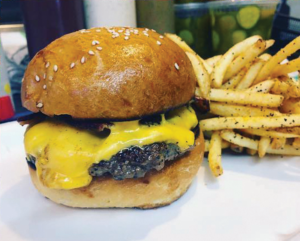 Cass says that offering prime meats to customers is something that gives the restaurant/market a special twist. “There are many people out there who are looking for good, quality meat at a really good price, so that’s part of what we’re doing. You can also come in and choose your cut of meat or seafood and we’ll cook it for you. You can walk in and say: I’ll have an inch and a half thick ribeye and can you cook that for me. So, I think that’s a bit of a new concept for us here in Clarksdale.”

Hooker Grocer + Eatery is located close to Delta Blues Museum, Ground Zero Blues Club, New Roxy Theater, Red’s and Hambone’s, so the business will be a prominent attraction for lunch and dinner, especially during the festival season.

“We also have a courtyard, so I’m forecasting a huge festival season for us,” Cass says. “And our staff is fantastic. 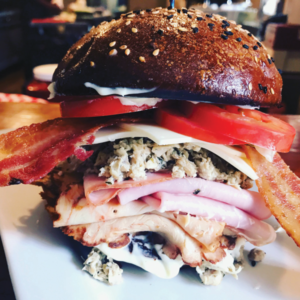 We have three very qualified chefs and I’m one of those, and I don’t think there has been a team like us to team up in Clarksdale for a very long time. Along with Jay and myself, we also have Matthew Lishman who used to be at Crawdad’s and Delta Meat Market. I also bake homemade bread, so we’re always doing something different and bouncing ideas off each other. It’s really good being in a creative kitchen. We’re always having fun.”