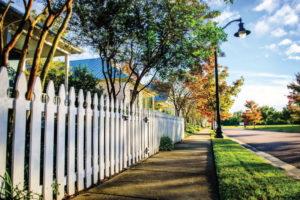 Mississippi is a fabled state, complete with artistic legend and lore blended with fact. Such a place exists in Taylor, a stone’s throw from Oxford. Within Taylor’s four square miles lies Plein Air. The property is aptly named Plein Air, a nod to the term of the same name used to describe Claud Monet and the French Impressionists and since then describes people who paint outdoors.

The creators of the property, Campbell and Leighton McCool, wanted to continue the town’s storied history of artistry, after all, Taylor is the only place name that Williams Faulkner did not change in his novels.

“We moved back to the Oxford area in 2003 and I started developing real estate on a small level. I became intrigued with the traditional neighborhood development concept as it reminded me of the neighborhood where I grew up in New Orleans,” he says. “At the time, we were living in Taylor on a small farm. A sixty-five-acre tract of land down the street became available and I purchased it.”

The McCools spent the next few years learning more about the traditional neighborhood development concept and development in general. They soon came up with the idea of starting a neighborhood that celebrated the arts – hence the name Plein Air.

“There wasn’t a tremendous amount of planning. I sat down with an architect friend and we sketched out the initial layout of Plein Air over a weekend,” he says.

McCool notes that his family has roots in Lafayette County that go back to the 1830s. “I’ve always loved Taylor. When 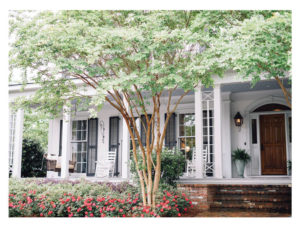 I was at Ole Miss, I would spend lots of time at the old Taylor Grocery, far different and smaller than the one that is here now. Taylor was and still is a place with a slower pace. In the 1950s Taylor had a railroad depot, a vibrant school, a hotel, several stores, and more.  The railroad pulled out in the 1960’s and the town started to shrink. I like to think we are helping to restore some of the vibrancy. However, what Taylor has in spades is an eclectic artist community. There is a creative vibe that is alive and well in Taylor.”

The vibrancy and eclectic artist community in which McCool refers goes back to the 1970s when real estate in Oxford began to rise and several artists looking for places to live moved into Taylor. According to town history, they bought Victorian fixer uppers and settled into a rustic lifestyle. Upon seeing their colleagues’ newfound inspiration, more artists began to call Taylor home.

As for Plein Air, the McCools’ concept continues on. “We are platted for 200 homesites. At present, we have sixty-eight homes built and sold and are adding about twelve new houses each year. We have a seven-acre commercial district that currently has Grit Restaurant, Lost Dog Coffee Shop, some professional offices, a chapel, an events venue called The Mill, and three artist studios,” he says. “We plan to launch a specialty grocery store in 2020 and a wellness center.”

At present, McCool estimates they are thirty percent into their full realization of Plein Air. It will be a $200 million project upon completion, one that they are building as slowly as the lifestyle this gem in the Yocana River delta affords. By the time Plein Air is fully developed, there will be a few more restaurants, several retail establishments, a loft-style office building, and another 120-130 homes. “We are still achieving,” McCool says. “We have a long way to go. Some of the long-time locals were a little skeptical when we announced the project, but I think most of them have come around are they are very supportive now.”

In a place where creativity is encouraged, almost demanded, the McCools seem to fit right in.