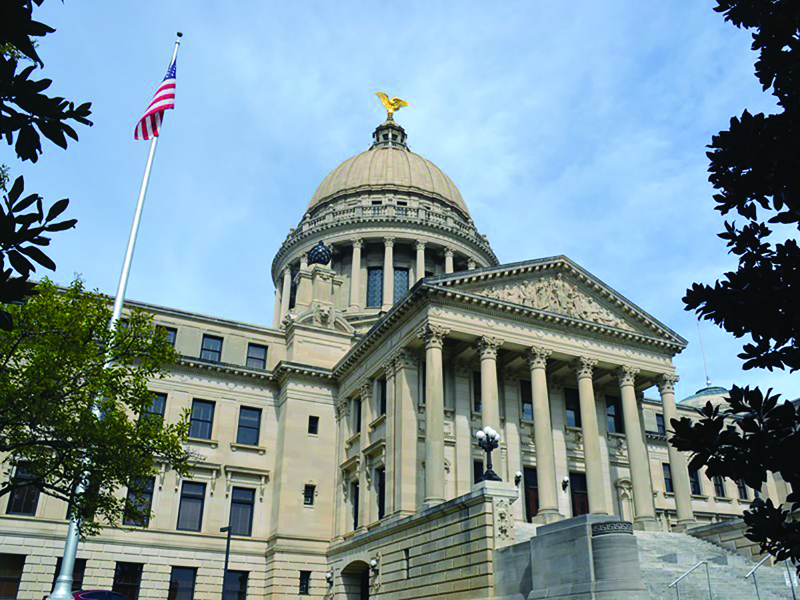 Viewed as Historic and Widely Successful

Teacher pay raises. The state’s largest income tax cut. A new state song (written and performed by a Delta resident, no less). The legalization of marijuanna for certain medical cases. Unprecedented broadband expansion and repair. Updated boundaries for many districts across the state.

And those are just some of the accomplishments of the 2022 Mississippi Legislative session, already being called historic by many political and media observers. “Money changes everything,” as the saying goes—and it certainly had a monumental effect on how this past session played out.

During this just-completed 2022 Mississippi Legislative session, state legislators had not only to deal with the regular business of determining the expenditure of the regular state budget—they had also to determine how to use $1.9 trillion in federal money from the American Rescue Plan.

Senator Derrick Simmons from Greenville representing District 12 for twelve years, says the influx of federal dollars is a once-in-a-generation opportunity and that, generally, he was satisfied with how the money was appropriated.

“I was pleased to have been instrumental in the process to help fix systemic problems that have faced the Delta for many years,” says Simmons. “The $1.9 trillion American Rescue Plan (ARPA) Act enabled Mississippi to receive $1.8 billion of that to help with infrastructure repair and construction, especially when it comes to water, sewage and broadband. We all know that these are issues that are in desperate need of attention in the Delta.

“We crammed so much into the last two weeks of the session,” says Simmons. “It was truly exhausting. That said, we did get a lot done policy-wise and I think the work we did could be called great, really. And I give a lot of credit to Lt. Governor Delbert Hosemann and Speaker Phillip Gunn for reaching out to all, crossing party lines, in order to get us through in the end. We worked together, in a bi-partisan way, in a way that Mississippi has seldom seen”

Simmons adds that requests from municipalities throughout Mississippi were used to determine the total infrastructure needs of the state. While that dollar figure far outnumbers the total amount the state has to spend, those requests will be used to determine importance and funding. Simmons says he has helped steer about $15 million in projects to Greenville and the greater Delta region.

Also: $2,000,000 to Delta Health Systems for capital improvements and infrastructure improvements related to patient room compliance and women’s center services; $2,500,000 to the B.B. King Museum and Delta Interpretive Center in paying costs associated with renovations, repairs and improvements to the Museum and Club Ebony; and $7,500,000 for construction of a new men’s dormitory at Mississippi Delta Community College to be used for fire academy housing.

Rep. Tracey Rosebud, representing District 30 which encompasses parts of Tallahassee, Sunflower, Bolivar and Quitman Counties since 2018, says, “There were so many highlights this session,” he says. “And I want to add how well we all worked together: no one ever got too heated and the camaraderie was stronger than I’ve ever seen. The Critical Race Theory debate did stir up some controversy and, honestly, I think some members supported it publically while not being as enthused about CRT in private. However, I found a lot of open-mindedness about the subject which led to many needed conversations about other topics,” says Rosebud.

“Overall, this session was an overall net positive for the state,” says Rosebud. “Funding was spread out more equitably this time around and, because of that, more people will be getting assistance in their communities. The redistricting has changed my constituency and who I will represent dramatically. Having said that, I look forward to, hopefully, working with and helping with my new district if I am fortunate enough to get re-elected next year.”

Senator Robert Jackson, who has represented District 11 which includes Panola, Quitman, Coahoma and Tunica Counties for ninteen years, says he would have preferred more money allocated to the citizens he represents and that he thinks much could have been done for construction and road repair. However, he agrees the session was historic due to the money involved and allocated

“I did vote against the reduction of the income tax,” says Jackson, “because I believe in four or five years down the road that will come back to haunt us and have us looking for money to plug the inevitable holes and we won’t have that available. On the other side of the coin, the teacher pay raise was the session’s high point for me and was something that will have an enormous impact on teachers’ lives and was long overdue.” Jackson goes on to laud the expansion and improvement of broadband throughout the state. “Connectivity is so key and is another huge and positive impact on businesses and on education.”

Jackson also noted the calmness and solidarity, especially amongst his fellow senators, in this session. “After having been pinned down for so long due to Covid, I think it was a relief and, really, a pleasure to be able to interact with peers safely again. That, I have no doubt, had much to do with how well we all worked together. It was that human element of being together again, in person, and without fear,” says Sanders.

Democratic Rep. Otis Anthony, in his fourth session representing portions of Bolivar County, along with Sunflower, Washington and Humphries County, says “having more federal money certainly helped us. The money for our teachers, as well as the funding for broadband, water and sewers in our smaller communities, were the highlights for me. So many of us have been advocates for a teacher pay raise and to see such a strong bi-partisan effort in achieving that goal was historic, rewarding and certainly necessary. Hopefully, we can keep the pay average up for our state teachers as we move forward.”

Anthony says the Delta, in spite of what the federal money appropriate will do to help the region, still needs more and has always been historically left out. “Look, I always joke that the Gulf Coast has four-lane sidewalks,” he laughs. “But, seriously, the Delta will grow as infrastructure, broadband and affordable housing is made more available here. ‘Build it and they will come,’ was the line the movie ‘Field of Dreams’ made famous—they applies to the Delta, as well.”

Rep. Orlando Paden, Democrat, representing District 26 which includes parts of Bolivar and Coahoma Counties since 2016, says “We really still have more work to do, honestly. The income tax reduction is something that concerns me but, on the other hand, the ARPA funds excites me, and I just hope that that money goes directly into helping the people and places that need it most. The teacher pay raise is something I’ve been fighting for since I’ve been in office, and our teachers need this money—and even more —as far as I’m concerned.

I think the state should pay more attention to the Delta,” says Paden. “I believe that our region, specifically, needs to have our problems addressed because there is so much here, so many businesses and schools, that are thriving and doing well—but all on their own, doing the best they can with what they have. If only we had just a little more attention. I think the dividends would pay off incredibly with a greater focus on the Delta—in any legislative session.”

“I’d give this session an A- grade if I were a teacher,” says Sen. Sarita Simmons, representing District 13. “It was a positive and productive session and, speaking of teachers, the pay raise was the highlight of all that was accomplished for me. They are some of our greatest assets and deserve to be compensated fairly and on par with other teachers in the Southeast.”

Simmons says that tangible results should be felt soon from the 2022 session, such as the money appropriated for water and sewer systems in the state, especially in the Delta. “I also supported the medical marijuanna measure and was glad to see that legislation passed,” says Simmons. “It could also lead to new businesses being created here in the Delta.”

Republican Senator Lydia Chassaniol who represents District 14, says that, as chairwoman of the Tourism Committee for the last fifteen years, she thinks tourism is still a major, if not the major factor, in the future success of Mississippi and the Delta, federal monies notwithstanding. “The tourism industry fought hard and did pretty well, even through Covid,” says Chassaniol, “and I credit that to the fact that we have so many outdoors-based activities here in the state and that funds had been made available for the tourism industry in past sessions. And this year we passed some legislation concerning outdoors stewardship which will help us, as well.

“We have to take care of our own, especially in the Delta,” says Chassaniol. “Casinos have been wonderful, no doubt, but we also need more family-friendly events and destinations available for tourists and I’ve been working closely with mayors and fellow legislators about some things in the works. Industry and business is increasing in north Mississippi, which is also a positive sign, and I’m a strong advocate for the continuation of that trend. We’re working on a number of things that I think this past session’s accomplishments will aid us in accomplishing in the future.

On another, lighter issue covered in the session: “One of the highlights of all that we did, for me, was passing the ‘One Mississippi’ song written and performed by our very own Steve Azar from Greenville,” says Derrick Simmons. “It was a joy to burn the midnight oil with Lt. Governor Hosemann and Speaker Gunn in getting this song over the finish line.” Governor Tate Reeves signed the legislation into law in mid-April, officially replacing the former state song, “Go, Mississippi.”

Massive redistricting, which also took place in this past session, will have to require another future article. The repercussions will be felt as early as next year.