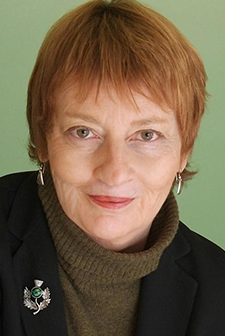 The fight in California over a ballot initiative that would begin to control the price of pharmaceuticals paid by state programs shows how difficult it is to “do something” about the high price of prescription drugs.

According to the Bureau of Labor Statistics, U.S. drug spending rose 7 percent this year—the biggest increase in 24 years—and most Americans now think drug prices are unreasonable. So it’s not surprising the pharmaceutical industry is running scared and, with its deep pockets, is spending big to convince millions of Californians to vote “No” on Prop 61, a Nov. 8 ballot measure that would “do something.”

It’s a simple measure, says Roger Salazar, the spokesperson for the group “Yes On Prop 61.” It would require the state to pay no more for prescription drugs than the U.S. Department of Veterans Affairs spends for the same medications.  The VA negotiates prices with pharmaceutical companies, and federal law requires that the department get a discount of at least 24 percent off the drugs it buys.

That may seem reasonable considering the state spends billions on drugs it buys through such programs as CalPERS, the state employees retirement fund, the fee-for-service recipients in Medi-Cal, the state’s version of Medicaid, the state prison system, and an AIDS drug assistance program. Over time proponents say the measure could save the state billions.  For CalPERS alone they argue the measure could save almost $4 billion over 10 years. The state legislative office says the financial impact is “unknown.”

If proponent’s estimate of potential savings is correct, that’s hardly chump change. CalPERS, one of the country’s largest healthcare purchasers, saw its costs for specialty drugs—high-cost medicines for complex, chronic conditions—jump 30 percent in 2015.

The pharmaceutical industry, though, worries that if the measure passes in California, it could open the door for other states to follow. Even worse, it might lead to the federal government negotiating prices with drug companies as most other nations do. “It’s a fairly straightforward expansion of price controls,” is how Stephen Ubl, president of the drug makers trade group, described it last summer in an interview with the New York Times.

The drug industry has fought against such negotiations for decades. Recall that Medicare is prohibited by law from negotiating prices for the prescription drugs it pays for on behalf of 56 million beneficiaries. “We can’t negotiate for purchasing in one of the largest insurance systems in the world,” says former Medicare administrator Don Berwick.

The fight in California reveals one of the biggest political and powerful obstacles of all—money. Two weeks before the election, the drug industry had poured $109 million into its campaign to defeat the measure, a sum that makes it the most expensive campaign for or against a single ballot initiative in the state’s history, according to Salazar’s group,

High on the list of companies giving money to defeat the measure are household names like Johnson & Johnson, Merck, and Pfizer, which each tossed in more than $9 million.

Their arguments have a familiar ring, similar to ones the drug industry has used before when price controls edged too close to their bottom lines. They argue that government interference with prices could lead to higher drug costs, treatment delays and even denial of coverage. They say the proposal offers little guidance for implementation.

Their tactics are familiar too. They’ve enlisted the help of several patient advocacy groups to support their position—groups like the California Hepatitis C Task Force and the Lupus Foundation of Southern California, which have received recent drug industry contributions.

When Los Angeles Times business columnist David Lazarus asked Kathy Fairbanks, the spokeswoman for the “No Prop 61” campaign,” if she’d characterize high drug prices as a problem for patients, she said no, that’s not how she would put it. “It’s an issue, how about that?” She added healthcare costs are top of mind for a lot of people, but “Proposition 61 isn’t the answer.”

It’s fair to ask:  Then what is it?  Two other weaker attempts in California to “do something” about drug prices failed this year. One was a measure to require insurers to give detailed information about drug costs and drug makers to give notice of future price increases. The other would have required more transparency about research and development, production and marketing costs for drugs with a wholesale price of more than $10,000 a year.

The battle is being fought on the airwaves, and voters are confused.

Money talks! The question remains: When will the needs of the public and the health system in general talk louder?

What do you think should be done to control drug prices? Write to Trudy at trudy.lieberman@gmail.com. DBJ

Trudy Lieberman is Trudy Lieberman, a journalist for more than 45 years, is a past president of the Association of Health Care Journalists and an adjunct professor of public health at the CUNY School of Public Health.