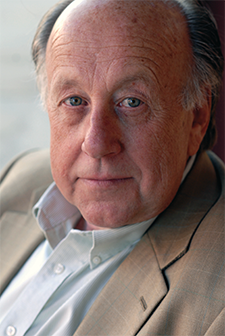 In past 20 years the Mississippi Delta has become one of the premier cultural heritage destinations in the country.  For decades U.S. Highway 61 was a major tributary for poor Southerners, both black and white, migrating to the promise of better lives in the industrial north.  Today visitors from around the world travel this iconic highway to return to the rich cultural offerings of what has been called “the most Southern place on earth.

A few years ago, after many years of research and the development of a comprehensive management plan, the Mississippi Delta National Heritage Area (MDNHA) was created by Congress.  The official designation came in March 2009 when President Barack Obama signed into law the enabling legislation that was included in that year’s Omnibus Federal Land Management Act.  The legislation was sponsored by Senators Cochran and Wicker and Representative Thompson.  The geographic footprint of the heritage area includes Bolivar, Carroll, Coahoma, Desoto, Holmes, Humphreys, Issaquena, Leflore, Panola, Quitman, Sharkey, Sunflower, Tallahatchie, Tate, Tunica, Warren, Washington and Yazoo Counties.

This vast alluvial plain has been referred to as “the cradle of American civilization;” and its importance to the fabric of America so great that it has also been named a National Treasure by the National Trust for Historic Preservation.  The Mississippi Delta National Heritage Area is the nation’s only heritage area that can make that claim.  The National Trust works to identify endangered National Treasures and takes action to raise needed funds, build coalitions to prevent demolition and fights in the courts to save sites from deterioration—all to make sure that these icons of the past remain with us in the future.

Here in Vicksburg in CY2016 we greeted over 100,000 guests at our visitor information centers.  Over 30,000 guests arrived by passenger boats at our waterfront.  Our guest register tallied guests from all 50 states and 45 foreign countries.  The past ten years Vicksburg has seen hospitality tax collections increase by over 30%.

This is just the beginning.  The best is yet to come! DBJ

Bill Seratt is the Executive Director of the Vicksburg-Warren County Convention and Visitors Bureau.