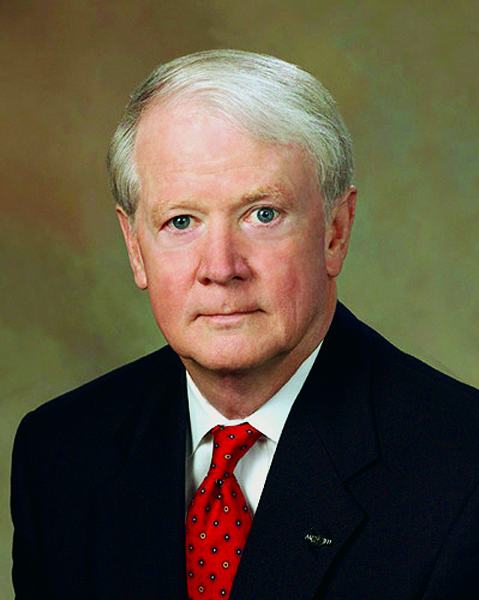 “Nothing is so fatiguing as the eternal hanging on of an uncompleted task.”

I know, I know. I’ve done a lot of venting lately. My job can sometimes be defeating,

especially considering that I’ve been unable to convince the state legislature how badly money is needed to repair and replace Mississippi’s deteriorating roads and bridges.

In my 42 years of public service, I cannot think of a time when I’ve been this concerned with our lack of a solid plan for our economic future. This isn’t something we can rely on Congress to do anything about any time soon. The federal fuel tax of 18 cents per gallon has not been increased since 1993.

Did you know that 39 other states have raised their gas taxes? Some have even done so several times. The last time this took place in Mississippi? 31 years ago.

Above all else, this is a public safety issue. It’s that simple. We all know that bad roads bring an increase in accidents and fatalities. This is something we must work to prevent.

Our families depend on safe roads and bridges to travel to work and school. Emergency responders depend on well-marked roadways free of congestion to help those in need. Businesses rely on a sustainable means of transporting raw materials and finished products.

MDOT is responsible for 5,775 state-owned bridges. 250 of these bridges need to be replaced due to structural deterioration at a cost of $1 billion. Of these 250 bridges, 125 are posted and two are closed. On a positive note, just last month, construction began to replace one of these two bridge closures—State Route 32 in Bolivar County.

On top of that, over 400 state-owned bridges need to be replaced due to functional limitations that hinder commerce and mobility. The cost to replace these 400 bridges is approximately $1.5 billion.

On the county level, we all saw what happens when infrastructure issues continue to be ignored. Hundreds of locally owned bridges are closed across the state. I appreciate the Governor making this issue a priority.

If this isn’t an example of why people need to talk to their legislators about the need for increased funding at the city, county and state level, I’m not sure what is. It’s beyond critical that we come up with a long term funding solution to fund roads and bridges, especially in the Delta region.

How do we expect our economy to prosper when farmers and other businesses are forced to deal with structurally deficient bridges that can’t even carry the legal load weight limit?

Why can we not see the benefits of repairing and building an updated system of highways?

Why don’t we have the good sense to invest in our brown water and blue water ports that would be the envy of so many of our land-locked sister states?

We will not be able to compete in today’s world-wide economy and we’ll continue losing our best and brightest. Mississippi is leading the nation in the loss of millennials. Between 2006 and 2015, Mississippi had the highest outmigration rates in the south for people under 40 with a college degree.

Nearly 10,000 more American-born people left the state than moved here from July 2015 to July 2016. If Mississippi had been an average southern state, we would have added 10,000 people from other states.

What does this have to do with our lack of a plan for an up-to-date intermodal system of transportation?