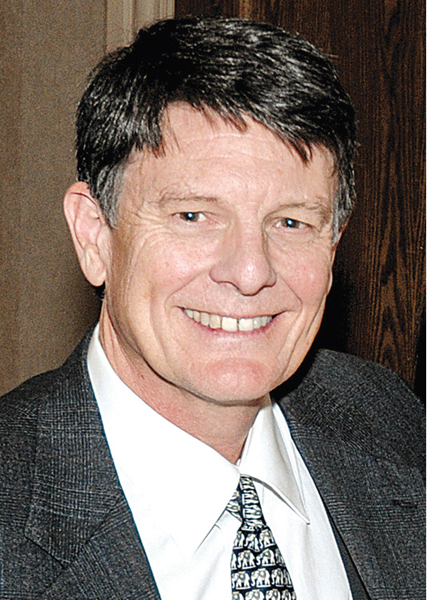 I was okay with the idea of mail in voting until I learned what ballot harvesting was.

Ballot harvesting is the practice of finding people who don’t have much interest in voting and persuading them to let an outside party fill out their ballot for them. It’s a vote by proxy, if you will.

In states where the practice is legal, volunteers or campaign workers can go directly to the homes of voters, collect the completed ballots, and drop them off en masse at polling places or election offices. In some states, ballot harvesters can be paid hourly for their work collecting ballots.

Wikipedia states, “As of July 2020, 26 states allow specified agents to collect and submit ballots for another voter. Usually such agents are family members or persons in the same household. Thirteen states neither enable nor prohibit ballot collection as a matter of law. Among those that allow it, 12 have limits on how many ballots an agent may collect.

“California changed its rules before the 2018 midterm elections to allow people other than family members to collect and submit ballots. Last-minute submissions of votes in the election delayed results and some pundits and Republican politicians suggested that it influenced the outcome of several elections.

“While the Los Angeles Times editorial board rejected claims that any elections were affected by the new ballot harvesting law in the 2018 midterms, which is unsubstan-tiated, it did call for the law to be fixed or repealed, saying the law “does open the door to coercion and fraud.”

Ballot harvesting is the direct result of voting by mail. Understandably, with the Covid crisis, voting by mail was pushed as a safe alternative to long crowded lines. But this should not set the precedent for future elections. There is simply too much opportunity for fraud.

President Trump’s election lawsuits rely on irregularities caused by mail in voting and accusations of ballot harvesting. If these changes had not occurred, our election would have been settled by now.

What will happen with the lawsuits is anybody’s guess. Lawsuits are hard to predict. It’s a big mess.

First of all, I have never been an advocate of exhorting disinterested citizens to vote in elections about which they know very little. If you aren’t interested enough to educate yourself on the issues and the candidates, do us all a favor and don’t bother. No vote is much better than an uneducated vote.

I have voted in every election since I was old enough to vote. I have never had a single problem voting. This year was the first year I ever had to wait in line, but it was a minor wait. We shouldn’t change our entire way of voting based on one strange year caused by a virus.

I am less against early voting than mail-in voting. At least with early voting you have to actually show up physically to vote. With mail-in voting, there is a complete disconnect between the person and the vote. The opportunity for fraud is immense.

The beauty of our existing tried-and-true system is the immediacy of the event. It happens all at once in one time and place. That greatly limits the ability to manipulate the system. Poll workers are hired and trained to supervise the process. You must show up, present ID, sign your name and vote. It’s a well organized system that has decades or fine tuning. There are elaborate rules and regulations about what poll workers can do and say and how the whole process is orchestrated.

But if you just mail out ballots to any address and then log anything that comes back returned and signed, you are greatly limited in your ability to monitor and verify the whole process. It is a recipe for disaster.

This is not a Republican or Democratic issue. No doubt both parties will ramp up their ballot harvesting techniques. Indeed this questionable practice will turn into a political art form. It will just be a matter of time before disinterested voters sell their votes to the highest bidder.

Trump’s Pennsylvania lawsuit states, “Allegheny and Philadelphia Counties alone received and processed 682,479 mail-in and absentee ballots without review by the political parties and candidates. These are unprecedented numbers in Pennsylvania’s election history. Rather than engaging in an open and transparent process to give credibility to Pennsylvania’s brand-new voting system, the processes were hidden during the receipt, review, opening, and tabulation of those 682,479 votes in direct contravention of the Election Code.

“Worse, Democratic-heavy counties violated the mandates of the Election Code and the determinations of the Pennsylvania Supreme Court, advantaging voters in Democratic-heavy counties as compared to those in Republican-heavy counties. Democratic-heavy counties engaged in pre-canvass activities prior to November 3, 2020, by reviewing received mail-in ballots for deficiencies, such as lacking the inner secrecy envelope or lacking a signature of the elector on the outer declaration envelope. Those offending Counties then would notify those voters in order to allow them to cure their ballot deficiencies by voting provisionally on Election Day or cancelling their previously mailed ballot and issuing a replacement. In other words, those counties provided their mail-in voters with the opportunity to cure mail-in and absentee ballot deficiencies, while Republican-heavy counties followed the law and did not provide a notice and cure process, disenfranchising those that themselves complied with the Election Code to cast legal votes.

“Additionally, Plaintiffs have learned that certain County Election Boards were mailing unsolicited mail-in ballots to voters despite the fact that they had not applied for a mail-in ballot for the General Election, thus resulting in voters who received two ballots. The offending counties also failed to undertake any effort to ensure destruction of the duplicate ballots.”

I have no idea whether Trump’s lawsuit has merit or will prevail. But I do know this: Replacing our fine-tuned, tried-and-true in-person election process with a wide open, loosy-goosy mail-in system is going to create unending election chaos for decades to come. There will be relentless claims of fraud in thousands of elections leading to complex, time-consuming lawsuits with no end. It will be a disaster.

The Covid crisis has caused damage far beyond the awful death and destruction of the virus itself. It has wreaked huge economic damage and caused huge collateral healthcare damage. Let’s not let Covid destroy the most open and honest electoral system in the world.

Wyatt Emmerich was raised in Greenwood. He lives in Jackson and is the owner and President of Emmerich Newspapers.