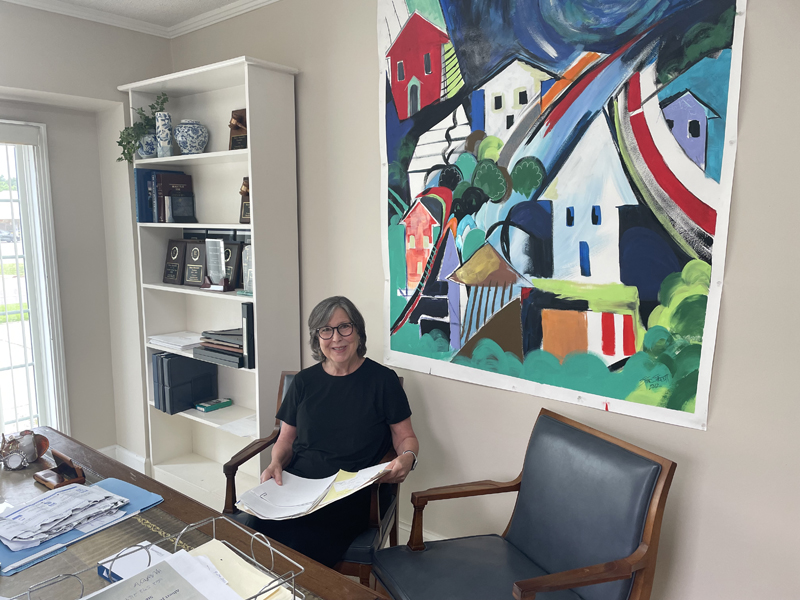 Greenville Agency Has Been Serving the Delta Since 2007

Betsy Alexander Realty, located in Greenville, is a full service real estate agency dedicated to making the process of buying a home, business, or property as simple and convenient as possible. Alexander bought the company in 2007, and while she readily admitted that wasn’t exactly the best time to buy a real estate company, she did it anyway.

“Thankfully, we survived the crash of 2008,” says Alexander. “It was a struggle at the beginning, but we maintained and were able to hang on through those trying times.”

When Alexander bought the business it was a Coldwell Banker franchise. It wasn’t too long until she realized that most agents were dropping their franchise affiliations, so she decided it was time for her to do the same.

“It seemed I was just about the only franchise left in the Delta, so I decided I could do just as well on my own,” she says. “Once my franchise agreement was up, I chose not to renew it. I just couldn’t see the benefit of keeping that affiliation. So, I began to brand myself and put my name on the business. I think it was a really smart move because the time was right. People knew me and connected with me. It was a bit scary, but we did it.”

Today, as an independent real estate agency, Alexander says her business sells residential, commercial and property land throughout the Mississippi and Arkansas Delta.

“I enjoy what I do,” she says. “But, I haven’t always been in real estate.  I’ve had a license for a long time, but my doctorate is in education. I worked with Mississippi State and then when I located to the Delta in 1999, I worked with the school system. I also taught some night classes at Delta State.”

After leaving education, Alexander says she worked with the nonprofit side of the South Delta Regional Housing Authority.

“It was after I left the Housing Authority that I started selling real estate full time,” she says. “And, that was in 2006 and I bought my company shortly after in 2007. I am really happy doing what I do. There is never a dull moment and every transaction is unique and I always learn from it. I love working with first-time homeowners; it’s rewarding and keeps me in my teacher mode somewhat as I walk them through the process.”

Alexander grew up on the Mississippi Gulf Coast in Pascagoula, but she  loves her transplanted Delta roots.

“I married a Greenville native and I love the area,” she says. “The support we receive from the community and our Arkansas customers is amazing. Business is good right now and with myself and the six agents I have working with me, we strive to serve our area of the Delta as completely as possible.”

All Posts »
PrevPreviousA Love of Home And Community
NextJoe AzarNext