Delta Bohemian Billy and Madge Howell: Ambassadors for the Delta 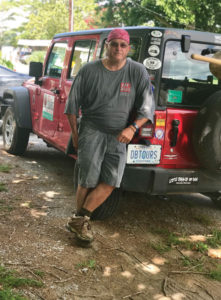 While blues attractions are a big draw in the area, they are only part of the picture.

“The original tourist traffic we had several years ago was completely blues centric,” says Billy. “It is still the driving engine for tourists coming here, but now more people want to know why the blues were born here. That is where my regional identify tours come in.”

Billy takes guests on driving tours where he talks about the geography, culture and socioeconomics of the Delta in a way that is thought provoking as well as entertaining. He tells anecdotal stories with a lot of threads of history that reveal why the blues developed here and why the Delta is great grist for writing.

“So many musicians, writers, painters and other gifted people have come out of the Mississippi Delta,” says Billy. “We have a lot of crazy characters who make for good literature and I think it is the pace of life that allows us the time and inclination to use our creative gifts.”

Billy recently gave his 500th Delta Bohemian tour and received his 80th five-star review on TripAdvisor. His ambassadorship for the Delta has made a lot of people reconsider their stereotypes of the South.

“Everybody comes in with pre suppositions about the South,” he says. “I try to get people open minded enough to look at different viewpoints and talk about how these factors are all marbled together to create what I refer to as a gritty Brigadoon.”

Visitors get a chance to meet many of the colorful characters of the area. “That is why people love the Mississippi Delta,” says Billy. “We hear so often: ‘I came for the blues, but I came back for the people.’ It is because we are relational and we break bread with each other. As a rule, that doesn’t fit the worldwide narrative of the Deep South.”

When Billy was stationed in Germany and other locations in the military, it wasn’t his white liberal friends who hung around with blacks but Billy, who describes himself as “a Southern redneck.”

“Our commonalities are so much more distinctive than our differences,” he says.”

In his tours that last two to four hours or more, he gives one man’s view of a lot of threads in culture and history. After the tour, visitors will know every restaurant, blues club and cultural site to visit in the area.

Madge says they show love and promote others often.

“We celebrate the constancy and the diversity of the Mississippi Delta,” says Madge. “We enjoy telling people about this place and living by example being welcoming to all, even though they don’t look and act like we do.

“What makes Clarksdale and the Mississippi Delta so unforgettable and special is our ability to connect with people. A self-guided tour will never do that. But a tour with a real local, someone who grew up here, went to school here, etc., will provide a perspective one could never get reading and following a self-guided tour.”

Clarksdale is a real crossroads. Madge says lives are touched and changed when they come here…and often in ways that are unexplainable. 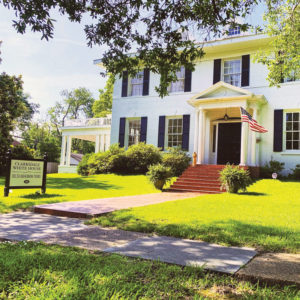 “God is pointing at Clarksdale,” she says. “They are coming here…and they oftentimes don’t know why. We enjoy giving visitors a real home away from home. We are Deltans born and raised here, but we have traveled and lived all over the world. We have come back and fiercely hold on to what we love about this place and relish sharing it.”

“We are able to touch people’s lives in a real and personal way,” says Madge. “We love to love others. That is why I am on this Earth, to love God with all my heart and soul and to love others as I would want to be loved. It is really that simple.”

In addition to their publishing that includes 450 videos on YouTube, Madge has a blogzine that also lists weekly live music. Madge manages reservations, handles bookkeeping and is the housekeeper at their guest homes. CWH is rated 9.7 out of 10 by Booking.com guests. Booking.com selected DBGH as the #1 recommended place to stay in the State of Mississippi. HuffPost picked DBGH as the “coolest place to stay” in Mississippi. TripAdvisor has Delta Bohemian Tours ranked as #1 of 18 things to do in Clarksdale.

“Billy is the genius here,” says Madge, who is also a former general manager of Madidi Restaurant in Clarksdale. “He is amazing. I’m the business person. So, we are a good team. He has a unique perspective on life and an ability to put it into words in a way I’ve never heard by anyone else. He fascinates and inspires me.”