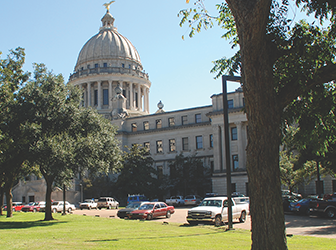 Planning for the new year

The New Year is upon us and with that comes a new dialogue in the Mississippi Legislature. What are some of the key topics up for discussion this time around that will positively affect the Delta?

Senator Willie Simmons (Democrat) serves District 13—Bolivar, Sunflower and Tallahatchie Counties—and is the Highways and Transportation Chair. Simmons says that this time around the struggle is coming up with new money.

“One of the things that we want to do is make sure that we maintain the funding level that we had for last year,” Simmons says, “especially in the area of education. So, we will continue to police for dollars coming into education to help throughout our school systems. And another thing that I will be working on in the New Year as Chairman of Highways and Transportation is that of getting additional money for our highways and bridges. We have over 4,000 bridges in Mississippi that have been posted as deficient. So, we’re going to be working on making sure that we can get some dollars for that so we do not have a tragedy someday where a bridge collapses and we lose lives, as well as businesses having to relocate or paying extraordinary amounts of money trying to get their products to and from their various businesses.”

Senator Buck Clarke (Republican) from District 22—Bolivar, Humphreys, Madison, Sharkey, Washington and Yazoo Counties – is Appropriations Chair for the Senate and said that as far as his area is concerned the top priority is always the budget, the entire spending scope of the state.

“Right now our revenues have been a bit flat,” Clarke says. “We’re seeing very limited growth now, but our economist says we’re going to grow a little bit better in the next year and things are looking up, but we’ve been flat for the last year. So, there’s the challenge of where are you going to allocate funds when there is no growth.”

Clarke adds that the major spending in the budget relates to education. “Over 60 percent of our budget goes to education. And that affects all parts of the state, including the Delta. We have the three educational levels that we have to look at, the first being K-12. And we’ve just hired a consulting group called EdBuild that’s looking at making some changes to the Mississippi Assessment Program’s (MAP) formula, including coming up with a new formula. They’re education consultants and they’ve studied formulas and funding for all of the states. We’ve asked them to make recommendations on how we can change school funding and they’re in the process of studying that right now. So, that is definitely a key topic for the 2017 session.”

State Representative Willie Bailey (Democrat) represents District 49 – Washington County – and is adamant about pushing through any legislation that will help the Delta, primarily bringing more jobs to the area. However, Bailey says sometimes that’s easier said than done.

“It’s very difficult getting anything into the Delta now because most of the stuff is being pushed by the leaders in charge to Northeast Mississippi and also to the Gulf Coast,” Bailey says. “It’s very difficult to propose something and get it through for us because our support is not as strong as we need it to be. In the past, we’ve pushed for every job opportunity that we could, but we’ve just been unable to do it. We lost so many jobs to NAFTA and they went to Mexico. The dominant industry here in the Delta is agriculture, but all of the products that we grow agriculturally are shipped out of the Delta for someone else to process. And we’ve been unable to get any industry interested in creating jobs by taking the crops here and making sellable products from them. All of our crops are shipped out, so that’s a challenge that we’re tackling. We’re always looking for opportunities to try and get some industries to locate here.”

“I always focus on tourism issues and here is why; I think tourism is vital to the Delta,” Chassaniol says. “In traveling around the various places in the Delta, from Clarksdale to Tunica, and everything in between, to me, the Delta is the right place to promote tourism because everywhere I’ve been I run into people from international locations or from out of state, and that’s money coming into Mississippi. And the Delta can do tourism; we can do hospitality. There are lots of great programs around the Delta. In my hometown of Winona there is an excellent culinary program where kids are learning, not only about safe-cooking skills, but also about hospitality. Therefore, these kids can get a job, because not everyone is going to college. The Hospitality industry can hire people right out of high school and give them a job that has an upward mobility component. And I’ve always said that we need to look at ourselves through the eyes of people who are visiting the Delta for the first time. Mississippi is pretty exotic if you really think about it. And tourism ties in with the hospitality industry; the food industry; the travel industry; it’s just a vital element to our economic growth and development.”