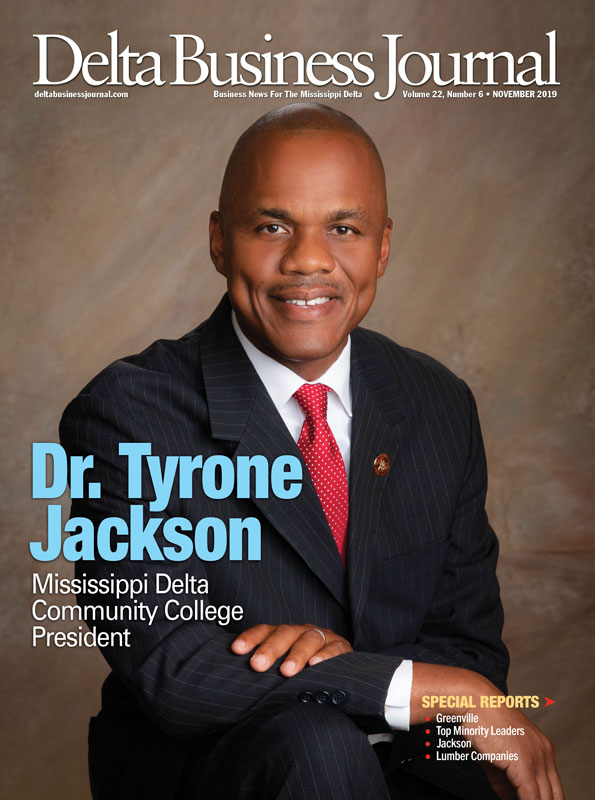 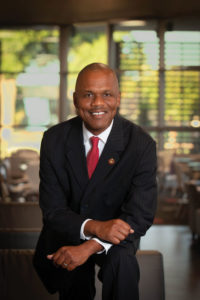 The Mississippi Delta has long been a fertile ground providing opportunity for those in and around it. The jobs provided can be an educational ladder to bigger and better opportunities for anyone willing to climb. For Rosedale native, Dr. Tyrone Jackson, his first job was that of a newspaper delivery boy. His latest job was announced last March (took office on July 1) is that of the ninth president and first African American President of Mississippi Delta Community College. The office of president at MDCC has been the culmination of dreams, inspiration and hard work. And a few extra paper routes along the way.

After attending West Bolivar High School in Rosedale, Dr. Jackson travelled to Cleveland where he attained his Bachelor’s Degree in Sociology, a Master’s Degree and Doctorate in Education. But it was his part-time jobs that helped provide the opportunity to be a Statesmen.

“I financed my education through my paper route back in Rosedale,” he says. “A paper route definitely builds character – rain, sleet or snow, the newspaper has to go.”

Paper routes work on commission so Dr. Jackson had to collect from his subscribers in order to get paid. Not only did he collect but he doubled his route from 200 to 400 people in Rosedale. But when he came to Delta State, he learned more about the rich Delta soil and what it can provide non-farmers.

“I worked at the Delta State golf course. I ran the pro shop and sometimes  in charge of watering the fairways and greens. And that’s how I financed my education initially, he says.

But using the same skills that he increased his newspaper subscriber base, Jackson came to know those who frequented the golf course and in providing them excellent customer service, they saw more opportunity for him.

“There was an opening in the Recruiting Office at Delta State and customers who came in knew about the opening and encouraged me to apply for it,” says Dr. Jackson. “Bessie Elliot,

Director of Recruiting at the time and Dr. Wayne Blansett, Vice President for Student Affairs at the time, hired me.” 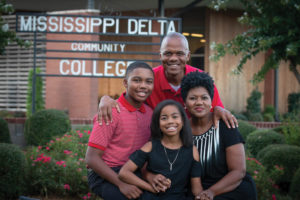 That four-year job was part of his 14-years on campus as a student and employee. He moved in the Housing Office as associate director of housing working for Elsie Lynn Ervin where he managed residence halls and two apartment complexes. He coupled that with advising campus Greek organizations. He drew upon his time as a member of the oldest historically African American fraternity, Alpha Phi Alpha.

“Basically, I was the advisor for historically black Greek organizations at Delta State,” says Dr. Jackson.

After five years behind that desk of sorts, Dr. Jackson transitioned to the academic side of his career at Delta State. He was tasked with reuniting the graduate studies division from several educational schools to one.

“The graduate school was decentralized. I was charged with centralizing admissions processes and other graduate-related functions under the auspices of a single department.”

“I taught everything from dual enrollment courses all the way up to doctorate level courses,” he says.

The Delta native then found his way into the community college system with on campus permanent jobs where he flourished while improving the schools he became associated with. First at Mississippi Gulf Coast Community, as Associate Vice President for Student Services for the District and also at the Jefferson Davis Campus as Dean of Student Services. His “job hat collection” accumulated as helped with leading the Student Services Departments of Admissions and Records, Financial Aid, Counseling, Student Activities, Fitness Center, Testing and Police Operations.

That career success brought him to Hinds Community College, the state’s largest community college, as Associate 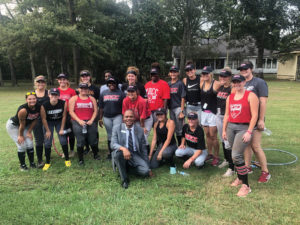 Vice President for Student Services/Dean of Students, and as Vice President for the Utica Campus and District Dean of Students. While there he heard about the opening in Moorhead and was soon on his way “home” to the Delta to apply all of his skills and knowledge to the MDCC campus from behind the college’s President’s desk. But he owes it all to a former teacher who put him on the path to becoming a teacher. A tough one who lived to teach and not just have students memorize facts.

“I’ve had a solid foundation to prepare me for this position,” says Dr. Jackson. “I had strong teachers in high school but it was, Carrie Ann Bell (now deceased) my biology teacher who also taught me chemistry – she inspired me to be a teacher. She was such a brilliant person and was all about academic excellence. She didn’t use any notes and she wrote on the chalkboard from the time class started until the bell rang. She basically challenged us up one

side and down the other.”

The new president rates her as the toughest teacher he’s had including all of his college level classes. Her teaching gave him an appreciation and understanding what a real educator is even though his own grades didn’t show it all the time in her class.

“You would take a test from her and think you may have an ‘A’ on it and when you get it back you may have a 75 or 80 or failed it. Basically, in high school you regurgitate things back on a test. But in her classroom, it was totally different. You had to know the material and be able to apply the material in a real-life scenario. I can remember vividly my first test in her classroom and I got it back and there were red marks from beginning to end and I made an ‘F’ on it. You needed to study, know the material and be able to apply it.”

Dr. Jackson admits he didn’t like it as a student but now from behind his president’s desk, he is grateful for her

“While she was living, I conveyed my appreciation and I even spoke at her funeral,” he says.

And all that he learned outside the classroom about the Delta area he grew up in has helped Dr. Jackson as he takes on the challenges at MDCC. He’s been traveling the seven-county area that MDCC primarily serves promoting and getting the positive messages out about what a Trojan education can do for students.

“I’m out and about in high schools, meeting with the board of supervisors, talking to the communities to find out what the needs are,” says Dr. Jackson. “I’m speaking at Rotary and Lions Clubs in all of these counties every week. And I converse with the audience to find out what the needs are because I want Mississippi Delta Community College to be the college of choice in the Mississippi Delta region. I want to meet these needs and basically be a catalyst to address those needs in the area.”

In his first few months, Dr. Jackson is “doing a lot of listening now” but notes the college had a 5.1 percent increase in enrollment this year and he wants to “put a lot of effort into enrollment management efforts. Not only do we need to get them here but retain them. I’m big on campus image. The actual third reason people choose a college is simply campus appearance. I’m big on grass being cut low, weeding and edging. Those are my pet peeves. I tell my maintenance crew all the time, a coat of paint makes a world of difference.”

In addition, Dr. Jackson has a facilities list of needs that include a new men’s residence hall, the new administration building, a new law enforcement training academy building and the arts.

“I’d like to see us have a new band hall,” he says. “We hired a new band director in late summer and we’ve given him the charge to re-institute the band.”

With thoughts of his former teachers who shaped him, Dr. Jackson is looking to keep and hire the best faculty members he can find.

“I want to continue our efforts to attract the best faculty and staff here at MDCC” he says.

Vocational and workforce training is high on his list of priorities as well.

“We’re going to continue to access what the needs are in our area and we’ll provide those training opportunities to address them,” he says. “We want to be the

educational provider for vocational and workforce.”

And as funds from the state have been limited for community colleges, Dr. Jackson will be looking to raise money to help meet the college’s needs both inside

and out of the classroom.

“I want to lead the efforts and assist students and staff in maximizing our assets,” he says. “I want to make sure we’re hitting on all eight cylinders.

While his day job doesn’t leave a lot of time for hobbies, Dr. Jackson has found time to serve on numerous boards. He has served as a board member for Habitat for Humanity, United Way, United Village and graduated from Delta Emerging Leaders and Leadership Mississippi. While on the Coast, he served on the Harrison County Youth Leadership and Gulfport Chamber of Commerce Boards and he is a graduate of Mississippi Community College Leadership Academy and a graduate of Leadership Gulf Coast. But of

all the honors and accolades surrounding his name, he is proudest to be married to Kashanta and is father of two children, Tyler (12) and Kennedi (8).

“Watching my children. He plays baseball and she’s in drama club, a cheerleader and takes dance lessons. Spending quality time with them is of upmost importance to me. I like travelling and seeing new places, particularly exposing my kids to places I only dreamed of as a child.”