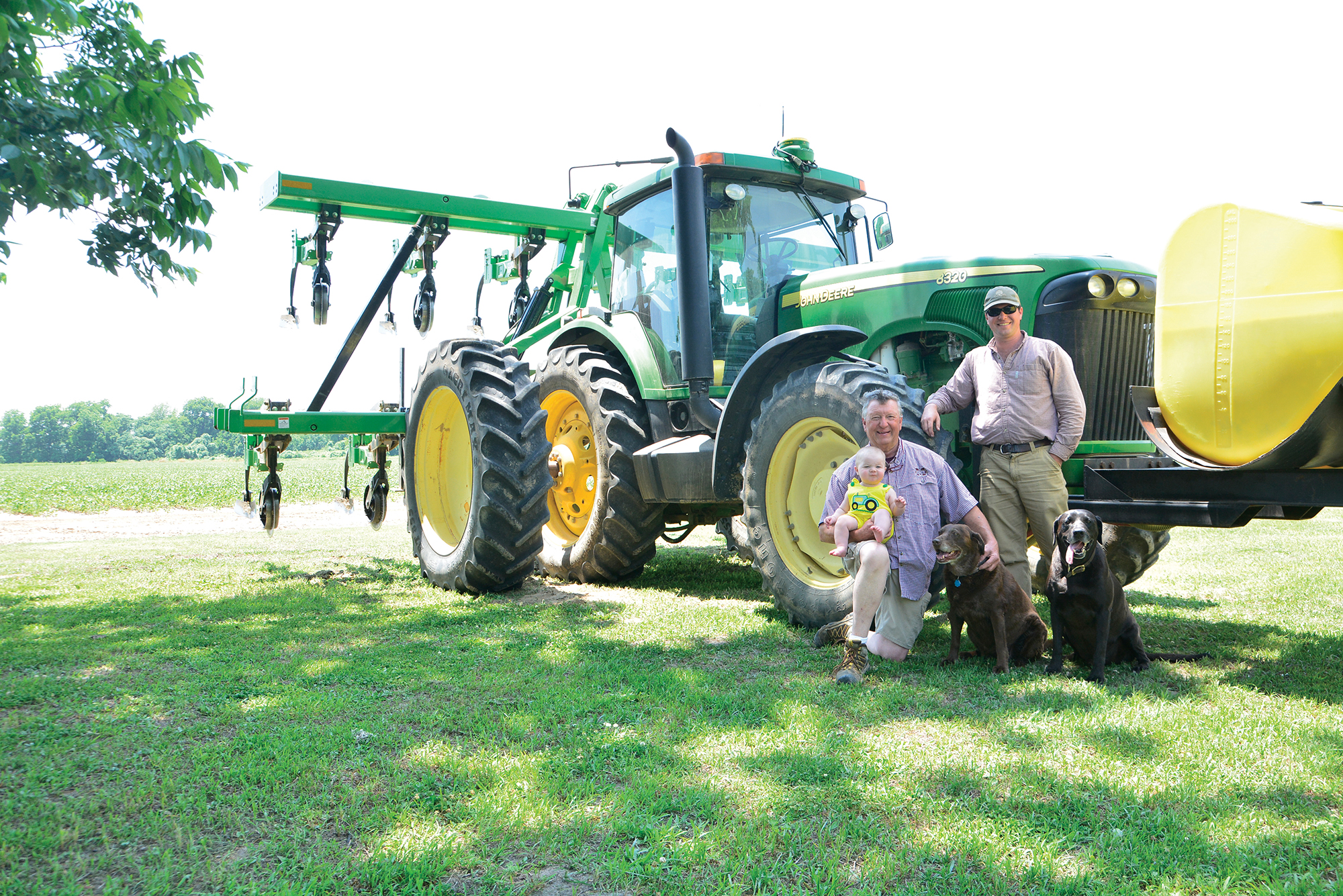 Lee Frankel and his son Martin operate a successful farming operation between Leland and Shaw. They are not the first Frankels to be involved with farming. Lee’s father Leo and his father before him farmed for decades in the Steiner Community in Sunflower County before the family purchased land in Washington County. “For many years, we planted cotton and grain crops. However, we haven’t planted cotton since 2006. Now we just plant grain crops and this year it is all soybeans.” Lee Frankel says. Soybeans are now listed by the Mississippi Cooperative Extension Service as being the top row crop for farmers. Back in the 1990’s, a farmer was pleased with 25 to 30 bushels an acre. With new technology and seeds, expected yield is much higher today.

As a reminder of his heritage in farming, there is an antique farm bell displayed near his headquarters. “My dad brought this from Steiner when they moved to the farm in Washington County. It stayed in the shop for years, but I am proud of it so we got it out where we could see it every day,” he says.

Frankel says in his early teen years he started helping his dad on the farm.  “It was back in the 1980’s and then I was in partnership with my dad until he passed away. We are so blessed to have our son Martin now in a farm partnership with me. Between the two of us we handle all the day to day operations and hire a few extra people during planting and harvesting,” he says

Though the farm has irrigation over about eighty percent of it, good soaking rains are always appreciated,” he comments.

Frankel believes in giving back to his community. He and his wife Hardie Hammond Frankel who is originally from Midnight, are active leaders in the First Presbyterian Church of Leland. He has served as President of the Leland Lions Club several times, has been President of the Washington County Farm Bureau, has served on the Water Drainage Board and is a member of Delta Council and Leland Chamber of Commerce.

The Frankels have two children, Martin who farms with him and Amiee Claire Breedlove of Portland, Arkansas. They also have two grandchildren.

All Posts »
PrevPreviousFlooding on the Mississippi River Becoming More Common and Severe
NextThe first edition of the Delta Business Journal published in June 1998.Next