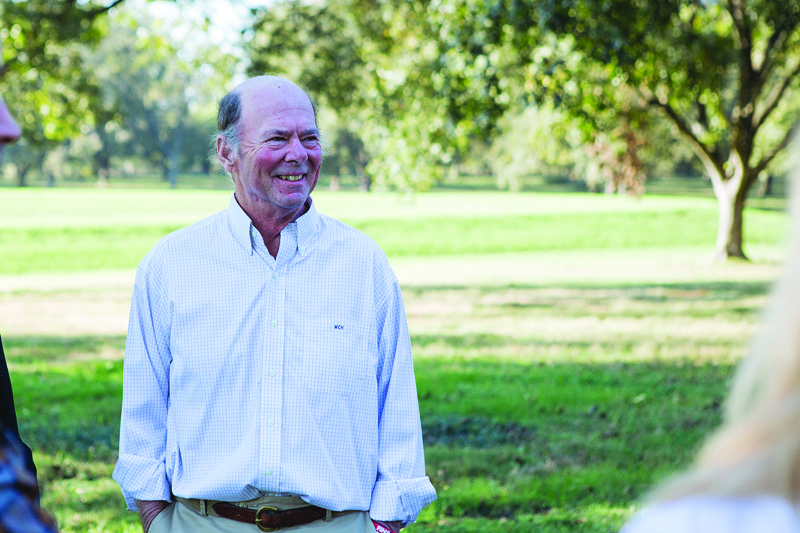 Family-Owned and Operated For Over Forty Years

Heaton Pecans in Lyon, started out as a peach stand, but in 1975 Bill Heaton, Cliff Heaton’s father and the original owner, decided he would plant a pecan orchard instead of peaches and Heaton Pecans was born.

“We’re open from October 26 through December 26,” says True. “We recently started selling through Amazon and Sam’s Club as well, so we’re very excited about that. And, we’re in the process of selling through Costco too, and all of those outlets will be year-round instead of just the end of October through the end of December.”

They also have their own website where they sell online orders and beginning in January 2021 that venue will be year-round.

“Right now the website is strictly October 26 through December 26, but at the beginning of the new year, it will go live year-round too. We also do corporate orders, anywhere between 300 tins to 3,000 tins per business.”

True says they ship worldwide and stay extremely busy during October and December.

“Christmastime is great,” she adds. “We sell an assortment of pecans, pistachio nuts and extra-large cashews. Our new crop Mammoth Halves and Pieces make irresistible candies, cookies, pastries and the all-time Southern favorite, Pecan Pie. We just have a varity of gift pack assortments. Beginning October 26, we’re open Monday through Saturday from 8:00 a.m. until 5:30 p.m. And you can shop year-round on Amazon and Sam’s Club.”

All Posts »
PrevPreviousTech Giants and Antitrust
NextThe Village at MadisonNext