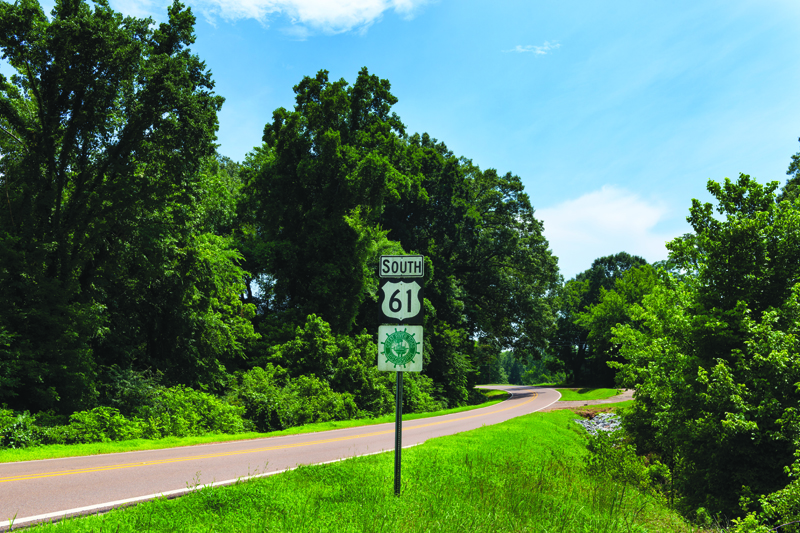 Updates will Aid in Revitalization of the Delta

Updating roadways, highways and byways as well as making smooth pathways for commerce are a few of the plans on Central District Transportation Commissioner Willie Simmons’ desk. Simmons’ district covers twenty-two counties and serves over one million Mississippi residents. Elected to a four-year term in 2020, Simmons was formerly a State Senator for twenty-six years. He’s spent plenty of time on Mississippi roads. He’s working on plans to four-lane Highway 61 from Leland south to Vicksburg.

“That is something that we have in our immediate plans to do. We have listed it in our three-year plan that runs from 2022 to 2024,” says Simmons. “I refer to Highway 61 as the west corridor. It will connect Interstate 69 to Interstate 20 and 55. We will be looking to add four lanes from Leland all the way to Vicksburg.”

They would then take Highway 27 and four-lane it to Interstate 20.

“The rationale for that is that the west side of the state of Mississippi doesn’t have a west corridor and we have three ports along the Mississippi River—The Port of Rosedale, The Port of Greenville and The Port of Vicksburg. By having an interstate system connecting I-69 on the north end going into Memphis to Interstate 20 and 55 that takes you into Jackson and Monroe, on I-20 and 55 into New Orleans it will create a lot of economic opportunities for our ports on the Mississippi River.”

Simmons believes the expansion of these roadways will revitalize the Delta and help grow commerce and create jobs as the ports start to grow.

“This will grow those little communities as you travel Highway 61. It also is ripe for more tourism because of the heritage and culture and the contributions that many of the individuals have made to America’s music and that give Mississippi the title ‘Birthplace of American Music.’ When you look at Highway 61, you see that Sam Cooke was born near Highway 61 near Clarksdale. Conway Twitty was also born in that area. Charlie Pride was born not too far from it. As you come down Highway 61, there’s B.B. King and Jimmy Reed and on and on and on. The GRAMMY Museum® is in Cleveland, it makes for a perfect route to visit the Birthplace of America’s Music.”

And, with I-55 coming out of New Orleans, an expanded four-lane highway offers emergency weather benefits.

“It will be perfect evacuation route to assist if we have disasters of moving folks form the southern part of Mississippi, Louisiana and Texas,” says Simmons. “We are dealing with it from it being a corridor to it adding safety creating the evacuation route and it creates economic development and grows out tourism on the west side of the state.”

The economic development would come with ports growing by giving businesses and industries easier access to and from the ports. Other businesses can also locate at the port.

“Where you have Highway 82 and 61 connecting at Leland, you see the Double Quick there with McDonalds. This corridor will create those type of opportunities in communities such as Belzoni where Muddy Waters was born. You start to create those opportunities and niches around tourism and growing those communities that are now on life support.”

The possibilities are endless with a connected, four-lane highway system and corridors across the Magnolia State. Vacant commercial properties and land could possibly become shipping hubs or companies such as Amazon and others who need inexpensive space but also access to interstates for shipping.

“I do believe if you put a four-lane highway through the Mississippi Delta connecting it to Interstate 20 and 55 and 69 that goes all the way up to Canada, when you connect those together, it’s going to automatically create opportunities and bring your larger companies into the area,” he says. “The good part about connecting 61 at Leland and going south, you also have the rail lines that goes to the port and across the state over to the Grenada area. We are hoping to run it all the way to West Point one day.”

“This also puts us in a good position to work with the State Legislature to add monies to the federal dollars that are coming down. Over the next five years, we will get $960 million dollars over and above what we are designated to get. But we know we will need more from the state. The bulk of our money from the state comes from the fuel tax but our country is moving towards more electric and hybrid vehicles and they are making fewer stops at the pump. We have to come up with alternative ways of funding our infrastructure and add to the amount of money we have coming in currently. Then we can take care and build these projects like Highway 61 and Highway 27.”

Simmons notes the first thing to do is hire a civil engineering firm to help come up with the costs for these projects. But, he sees the start of putting as much money aside as possible early on will help move the project forward more quickly.

Highways, byways and interstates connecting the Delta and beyond to commerce and industry to revitalize and grow the entire state will be a benefit for tourists, residents and businesses of every industry.