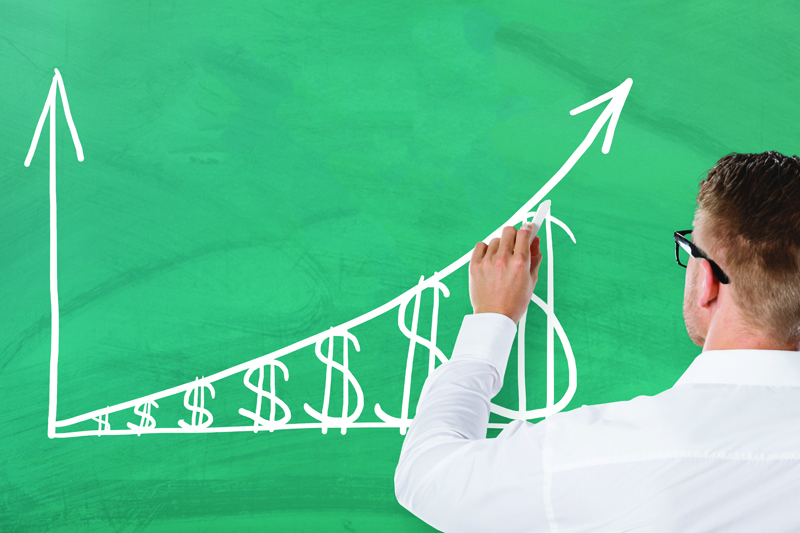 The historic teacher pay raise approved by the Mississippi Legislators in mid-March is something that educators, economic developers and legislators have been working on for years. The pay raise averaging $4,100 per year was so significant that it even made national news giving Mississippi some positive publicity.

“Mississippi teachers are so deserving of this pay increase,” says Dr. Carey Wright, state superintendent of education. “As we seek to remedy the teacher shortage throughout the state, the MDE is hopeful increased compensation will bolster our efforts to not only attract quality educators but also retain the amazing ones we already have.”

Educators from throughout the state were considering leaving the profession or moving to another state that pays better, says Erica Webber Jones, president of the Mississippi Association of Educators.

“But with this increased pay raise, we are hopeful that will keep a significant number of teachers in the classroom,” says Jones. “This is a morale boost that our educators have needed. The past three years have been very difficult because teachers have had to wear multiple hats. In addition to teaching in person, they have had to deal with virtual instruction as well. They had to prepare lesson plans for in-person instruction and lesson plans for virtual learners.”

Says Jones it has been common to lose educators to neighboring states such as Louisiana, Texas, Tennessee and Alabama.

“We are hoping that with better pay, educators—especially those just entering the profession, will give Mississippi a try before they venture over to some neighboring state,” says Jones.

She gave credit to Senate Education Committee Chair Dennis DeBar Jr. and Lt. Gov Hosemann for traveling across the state for different listening sessions. “I believe those listening sessions allowed them to hear from teachers out in the field doing the work today,” says Jones.

Scott Waller, president and CEO, Mississippi Economic Council (MEC), says the effort to get teachers’ pay in line with the Southeastern average is an important factor.

“To see us move in that direction is really a good deal,” says Waller. “One thing we have tried to focus on for a number of years is how do we make sure we retain our best teachers. We need not only keep those who are in the system who are experienced and doing a good job, but attract new teachers. The House and Senate both need to be commended for finding a way to work out the final version of the legislation in what I would consider a very short order. The pay raise passed the Senate unanimously, which is very significant.”

The legislation also provides an increase of $2000 per teacher for classroom supplies. Teachers in the past have often had to purchase supplies out of their own pocket.

Waller was excited to see the commitment for improving education in the state, which will lead to a better-trained workforce.

“To have the House and Senate conferees to agree and for the legislation to pass the Senate with that much of a margin of victory speaks to the fact that the lawmakers at the first of the session says they wanted to make teacher pay a priority and they have done that,” says Waller.

Says Waller another significant piece of legislation that MEC and other groups have been working on for a number of years will support the newly created Accelerate Mississippi, which will focus on improving skills training and making students starting in middle school more aware of different career pathways including those that don’t require a four-year college degree.

Students will be provided career coaching modeled off the success of the Create Foundation-funded career coaching program that has been used in Lee, Pontotoc and Union counties in Northeast Mississippi. Accelerate Mississippi, a newly created workforce training program, will oversee a similar program in schools across the state.

One of the problems high schools across the state have had is trying to find qualified instructors for some of these programs. says Waller there is also a provision in there for citizen experts with a certification in that particular industry to be allowed to teach.

“It has taken about three years to get to this piece of legislation,” says Waller. “What we ended up with is something that will be transformation for career technical education. From an education standpoint, it has been a really good week at the legislature. Teachers have a stronger pay scale, and we are helping improve student outcomes by providing multiple pathways for our kids to think about what their career will be.”

Says Waller they are not saying four-year degrees aren’t important. They are. But there are other paths to a career and we need to do both.

Students should leave high school with an idea of what they want to do. The path may be a four-year degree, or it might be an industry certification. Says Waller the intention is to give equal value to all the pathways and remove the premise that something is wrong with you if you are not going to college.

All Posts »
PrevPreviousHighway Expansion in the Works
NextThe Wong Family  Next