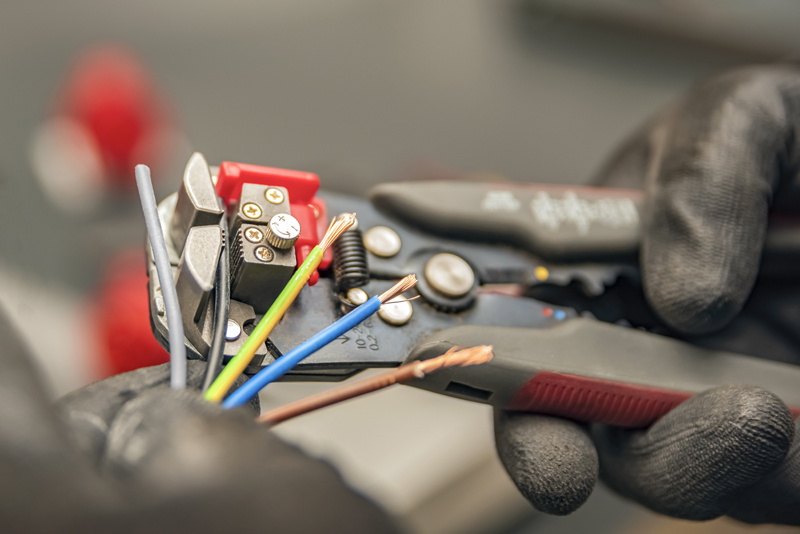 40 Years of Electrical Knowledge and Skill

For forty years, Indianola Electric Company has been ensuring that customers in the Delta have lights, motors, equipment and appliances that operate safely and reliably. Second-generation owner Chris McClain explains that his father, Clarence McClain, Jr., started the company in 1982 with a business partner, but in the early 2000s he became the sole owner.

Indianola Electric is a commercial and industrial electrical contractor that services customers throughout the Delta and the surrounding areas.

“We provide quality electrical services to our customers in a variety of ways,” says McClain. “We will meet our customers at their job site and help them lay out a design that fits their needs or they are welcome to call or come by our office at any time to discuss their project. Some of the work we do is ag related, which would be grain bins, cotton gins and irrigation well services. We also service large warehouses and distribution centers as well as many municipalities around the state.”

McClain says one of their niches is Indianola Electric has its own electric motor shop.

“We have a complete electric motor shop to rebuild and rewind electric motors and generators. This gives us the ability for our electricians to diagnose problems in the field and determine if there is an electrical problem or a motor issue. If the issue is with a motor then we are usually able to deliver one from our nearly 10,000 square foot motor warehouse without having to outsource it from another company, which typically gets the customer back in operation in a shorter amount of time.”

He adds that while they’re not an extremely large business, they do service all of the Delta and a lot of areas throughout the state of Mississippi.

“We are constantly evolving and trying to provide our customers with the best available products, from LED lighting upgrades to customized automation and controls.”

McClain says his father and his business partner started out working for A & N Electric many years ago in Indianola, when they decided to start their own company.

“They decided to venture out on their own from that company,” he says. “And, Indianola Electric was born.”

McClain and his family are Indianola natives and he got into the business seriously in the summers during college.

“While I was in college I would work with my father during the summers,” he says. “I began to learn more about the trade and I really enjoyed it. Even now, I’m always learning something new and it’s very exciting. The business is always evolving. While in college at Mississippi State I studied Forest Management, but my heart belonged to the business.  I love our hometown, so I really had no interest in leaving it. My wife and I are happy here.”