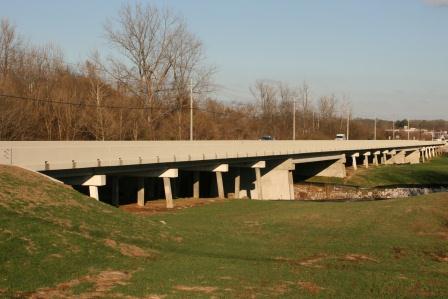 By the time this information is read, the Mississippi Legislature may have returned to attempt to complete their 2017 annual session—hopefully so.  As you know, when they last left town, neither the Mississippi Department of Transportation nor the Office of Attorney General were funded for fiscal year 2018, which begins July 1, 2017.

That’s the bad news.  The good news is the legislature seems to have finally realized that the roads and bridges of our state need some attention.  I am not sure they realize how serious the attention is needed at both the state and local level.

As I have mentioned before, your state highways have more than 20,000 lane miles which need repair or reconstruction.  Half of that needs total rebuilding at a cost of almost $1 billion, and the money needed to fix or replace the 977 deficient bridges on your state highway system exceeds $2.5 billion.  Remember, the fuel tax which has to pay for all of this was last adjusted in 1987—30 years ago—and the cost of the materials to accomplish these repairs increased 488 percent in those three decades.

It has been suggested that whatever use tax is collected from internet sales be funneled into roads and bridges, and some think a state lottery is a partial answer.  Historically, funds raised by such methods as this have gone into the state’s general fund—which could surely use the help.  Another suggestion for the financing of repairs and reconstruction of roads and bridges is the issuance of bonds, but borrowing money is just once again putting off the inevitable.  There has to be more income.  As they say, this ain’t rocket science.

The answer is the same as it was 30 years ago and the same as seven other states have done this year—adjust the fuel tax.  This remains the fairest way to fund roads and bridges—user pays!  Those using the highways pay for them—including those passing through on the way to somewhere else.

The first of this month, the most expensive gasoline was in a city in California.  The least expensive in the nation was listed to be in Jackson, Mississippi.  All of our neighboring states—Arkansas, Tennessee, Alabama, and Louisiana—have a higher fuel tax than Mississippi, and Louisiana’s legislature is now in session dealing with the fuel tax increase recommended by their Governor.

There is nothing more fundamental for government support than our transportation system.  This is not unique to Mississippi.  The only difference is others are dealing with it. We aren’t.  And the Mississippi Delta is suffering because of it.

The Delta is one of the reasons I love my Mississippi.  When someone mentions the Delta, I think of the genuine hospitality, the delicious food, and the roots of music that have stretched across the United States and the world.  I think about the physical uniqueness—the fields of corn, cotton, and soybeans, and I remember those century old oak trees standing on Grand Boulevard in Greenwood.  I’m proud to be a 5th generation Mississippian, and I’m proud to serve a large part of the Delta as Commissioner of Transportation.

What I’m not proud of are those concrete structures rising out of the dirt, which was supposed to be the Greenville Highway 82 Bypass.  Likewise, Interstate 69, which we planned to construct through the heart of the Delta that promises such great economic opportunity, is yet to be funded.

Why can we not provide the resources necessary to take advantage of all of this?

Why do we insist on being last?  DBJ

Dick Hall is the Central District Transportation Commissioner with MCOT.