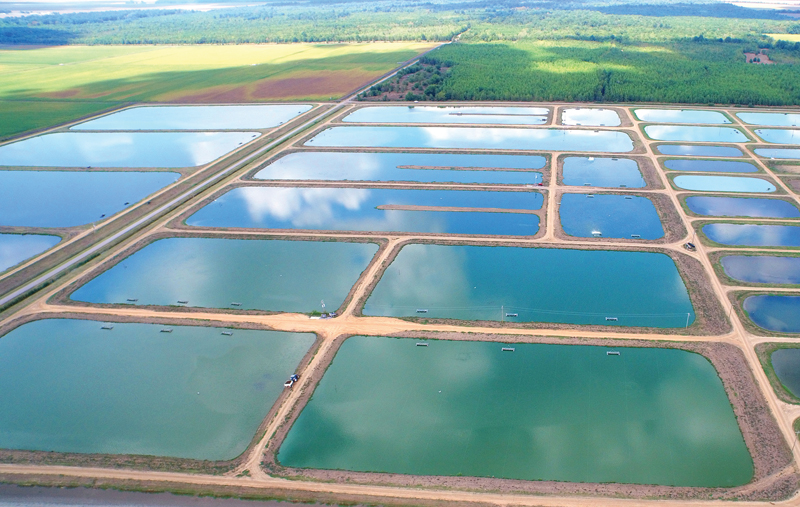 Some people could be under the impression that cheap imports of fish that might be falsely labeled catfish or contaminated with cancer-causing ingredients banned in the U.S. are the most significant problems for U.S. catfish growers. But, Harry Simmons, the owner of the Simmons Catfish growing and processing facility in Yazoo City, says their biggest problem right now is finding enough workers.

“Imports are still an issue, but our largest problem presently is the employment issue trying to get people back to work,” says Simmons. “Everyone is struggling with getting the labor that it takes to do what we used to do. We’re kind of in a strain production wise. We are limited with the amount of catfish product we can put on the market right now. We have about eighty job openings and just aren’t able to produce like we used to. That opens the door for imports when we aren’t able to compete. If you look back to 2007, our industry has been cut by about fifty percent.”

Simmons says that, until recently, workers were able to draw more in unemployment benefits from the state and federal governments than they had been making in their jobs.

Concerns have been raised across the country about the generous unemployment benefits combined with people receiving stimulus payments leading to worker shortages. Dianne Bell, director of communications, Mississippi Department of Employment Security, says the requirement to be looking for a job while drawing unemployment benefits was reinstituted May 10. Bell says businesses across many different industries throughout the state are now having difficulty finding an adequate number of workers.

The COVID-19 pandemic caused a lot of issues with decreased demand from restaurants and institutions that were closed or had operations curtailed because of the pandemic. Simmons says imports leveled off during the Covid lockdown in 2020.

“Imports aren’t increasing the way they were,” says Simmons. “Foreign producers potentially had the same problem with the COVID outbreak. We can’t even get supplies at the levels we need them because of the same thing, worker shortages at manufacturers who produce things we need like rubber gloves, aprons, and even chlorine. They are experiencing the same thing we are. People just aren’t able to staff their businesses like they were. Therefore, they are shortening their operating hours and limiting what they are offering.”

The transfer of catfish inspection from FDA to USDA was instituted six years ago both for domestic or imported catfish. The switch is working exactly as intended, which is to ensure that the catfish consumed by American consumers is safe, wholesome, and unadulterated, says Jimmy Avery, Ph.D., Mississippi State University Extension Service professor with the National Warmwater Aquaculture Center who is also director of the USDA NIFA Southern Regional Aquaculture Center.

“Under the FDA regime, less than two percent of seafood imported into the U.S. was inspected, and less than .02 percent was sent for laboratory analysis,” says Avery. “Under the USDA Food Safety Inspection Service regime, 100 percent of catfish is inspected, and FSIS requires foreign countries to demonstrate that their inspection systems are at least equivalent to the U.S. inspection system. FDA didn’t require that.”

Avery says since the FSIS catfish final rule was published in the Federal Register in December 2015, FSIS has refused millions of pounds of imported catfish. A large amount of those refusals was due to failed laboratory analysis that showed antibiotics and chemicals banned for aquaculture in the U.S., many of which are known to cause cancer.

According to a USDA FSIS quantitative risk assessment on the public health outcomes associated with chemical hazards in aquaculture, “applying the FSIS program to Siluriformes (catfish) yielded a reduction of approximately 175,000 lifetime cancers, 95,100,000 exposures to antimicrobials and 23,710,000 heavy metal exposures that constitute a health risk.”

Avery says published reports that domestic production and prices for catfish in Mississippi and other states has declined is incorrect.

“Our lowest production in several decades was 300 million pounds in 2012,” says Avery. “In 2018, domestic production rose to 341 million, an increase of twelve percent. Even though production was hampered in 2020 due to the pandemic, we produced 317 million pounds, which was only 0.6 percent lower than the 2016 production.”

Private industry data indicates that average annual price to farmers in 2016 was $1.21 per pound. Average annual price to farmers in 2020 was $1.16, a four percent drop attributed to the pandemic. Fish prices for May 2021 (the latest month private industry data was shared) was $1.29 per pound, an increase of seven percent over 2016 prices. The Mississippi Dept. of Ag and Commerce reports a May 2021 catfish price of $1.25 per pound.