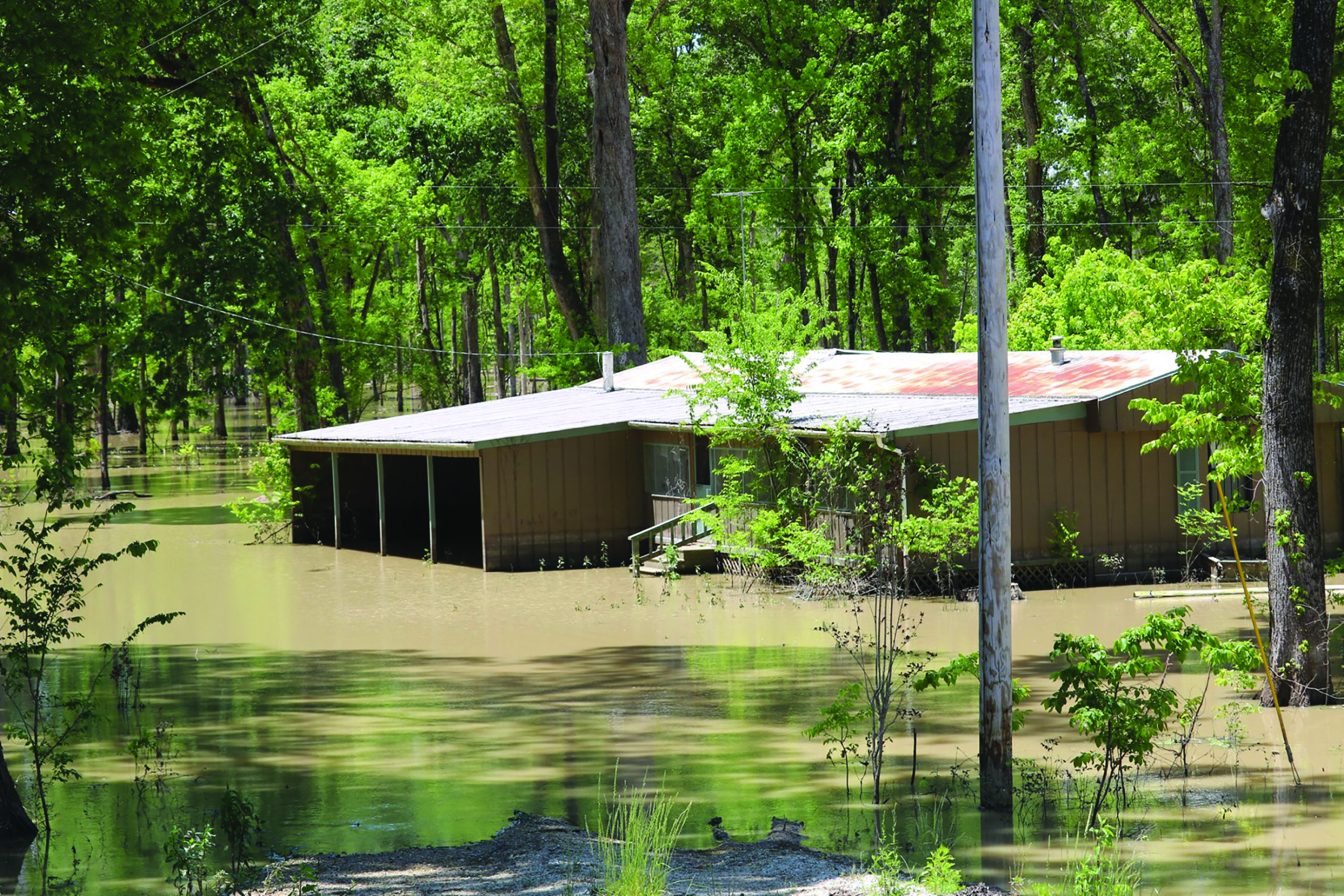 There was light at the end of the tunnel. Now it is dark again. That is how the recent decision by the EPA to veto the Yazoo Backwater Pumps flood control project for the second time was described by Peter Nimrod, Chief Engineer of the Mississippi Levee Board.

The Yazoo Backwater Pumps project is the only pumping station in the Mississippi River & Tributaries Project authorized by the Flood Control Act of 1941 that has not been built. Nimrod says that as a consequence of the federal government playing politics with the project, the South Mississippi Delta endures devastating flooding nearly every year.

Environmental groups have opposed the pumps’ project claiming that it would damage large amounts of wetlands valuable to wildlife in order to increase agricultural production on marginal lands. Nimrod says the $400-million project could have paid for itself many times over by reducing flood damages. Nimrod says just since 2008, the pumps would have prevented more than $1 billion in damages.

The recent veto under the Clean Water Act reverses a Corps January 2021 Record of Decision that Nimrod describes as “a godsend after decades of flooding and two back-to-back years of the most egregious flooding events that took nearly 700 homes of our neighbors. Ninety-four percent of those homes were minority occupied and many of them remain uninhabitable today.”

Nimrod says it is particularly frustrating because the Biden administration has really been pushing Environmental Justice (EJ), which is defined as the fair treatment of all people regardless of race, national origin or economic status.

“Protecting minorities in impoverished areas has been a key word for the EPA, and the Yazoo Backwater Project is a perfect EJ project,” says Nimrod. “About seventy-one percent of the people living in the project area are minorities and thirty percent of the population lives below the poverty level. I can’t think of a project to better help minority and impoverished communities.”

U.S. Senator Cindy Hyde-Smith says the veto was an absolutely terrible day for the Mississippi Delta and an even sadder day for the country when an agency like the EPA refuses to do the right thing for the people. She says Rep. Bennie Thompson destroyed this project, taking one position in his district, but working against it in Washington.

“I do know we absolutely do not need empty platitudes from the EPA on a ‘path forward’ and EJ,” says Hyde-Smith. “We also do not need our own working against a project that will ultimately protect lives and the environment from repeated catastrophic flooding.”

Stu Gillespie, an attorney for Earthjustice who represented environmental groups opposed to the project, says the pumps would not provide significant flood relief for low-income communities.

“The purpose of this project is to increase agricultural production on marginal farmlands that have always flooded,” says Gillespie. “Communities in the backwater area will continue to experience flooding, even with the pumps. In fact, the pumps would increase the risk of flooding in north Vicksburg. That is why my clients have proposed a resilience alternative that would use wetland reserve easements, restoration, and non-structural measures to reduce flood risks for vulnerable communities in the Yazoo Backwater Area. The whole concept is to provide effective, on-the-ground relief to those communities. These are solutions that have been used across the country, including in Mississippi. Examples include wetland reserve and floodplain easements, wetland restoration, buyouts and raising structures.”

Gillespie says that the wetlands in the Yazoo Backwater area depend on periodic flooding to provide thousands of acres of habitat for fish and birds. “The pumps would drain this habitat, resulting in unacceptable adverse consequences as documented by EPA,” says Gillespie.

One group opposed the project is Audubon. Jill Mastrototaro, Mississippi Policy Director, Audubon Delta, pointed to a 2007 U.S. Army Corps of Engineers study that asserted 80 percent of the project benefits were for agriculture.

“It was not about providing meaningful flood relief for these vulnerable communities of the backwater,” says Mastrototaro. “It was put into even more stunning context last year when the Corps admitted that its own studies showed eighty-three percent of the area in the Backwater Flood of 2019 would have flooded even the pumps in place. It is clear time and time again the proponents claim that the pumps are the only solution for flooding is a false promise to these backwater communities.”

She says the conservation groups propose alternatives that are more effective, affordable and a path forward for delivering true flood relief for the backwater.

“We are talking about very thoughtful strategic investments to help people’s lives and make sure those who need help the most can get it,” says Mastrototaro. “Birds and wildlife benefit, too.”

Backers of the pumps vehemently disagree. Nimrod says that the 2019 flood, which put 548,000 acres underwater for six or seven months, killed off thousands of deer, destroyed a large number of trees and decimated the environment.

In March of 2021, Congress gave the Corps $9.2 million to begin working on the project.

“The Corps has been rolling, on track for construction to start in 2022,” says Nimrod. “And then EPA pulls the rug out from underneath us once again. EPA just doesn’t play fair. We do everything right and they come back and shove us in the face. EPA has too much power that they can stop a big flood control project authorized by Congress. If they used science and were truly interested in protecting the environment—the main mandate of EPA—they would never be against this project. Scientifically, the facts are on our side that the pumps will help not only the people, their homes and the cropland, but will also help protect the environment, wildlife, fish and trees.”

Hyde-Smith says she will continue to work in Congress to see that the pumps are built. It is also possible that the state or a Delta group will sue the EPA.

Delta Council Executive Vice President Frank Howell says the recent veto has been very disappointing to the many citizens, public officials, conservation groups, and agency staff who have done the right thing and helped advance this project.

“There will be a path forward, despite this setback, and that will become clearer in the days ahead,” says Howell.